This year marks the 50th anniversary of the Renault 5, and to commemorate, the brand collaborated with designer Pierre Gonalons on an electromod based on the legendary supermini. The Renault 5 Diamant features several one-of-a-kind exterior/interior design elements and will be auctioned off this fall.

The vehicle is based on the 1972-introduced first-generation Renault 5, preserving the basic shape and the majority of body panels. Still, several components have been modified for a sleeker appearance.

The grille has been concealed, and the headlights and taillights now protrude from the bodywork. The bumpers now have a simpler form. In addition, the mirrors have a retro-styled circular form, and the door handles have been substituted.

The exterior's special features include a tri-coat pink paint with gold particles and a frosted finish, along with gold highlights on the bottom section of the car. Adding a retractable fabric top and custom badging rounds off the transformational design.

With the Renault 5 Diamant, Pierre Gonalons sought to mix automotive regulations with interior decoration by drawing inspiration from beautiful art and fine jewelry. The centerpiece of the interior is the unique steering wheel made of carbon and marble. The door handles, window controls, and gearbox lever have been replaced by brass spheres.

As for the powertrain, the Renault 5 Diamant abandons the traditional internal combustion engine in favor of an electric motor. The motor's characteristics and the location of the battery pack were both kept secret by Renault. The Renault 5 Diamant will be auctioned off in the fall, and the money will be donated to Give Me 5, a social initiative devoted to empowering youth through sports and music. 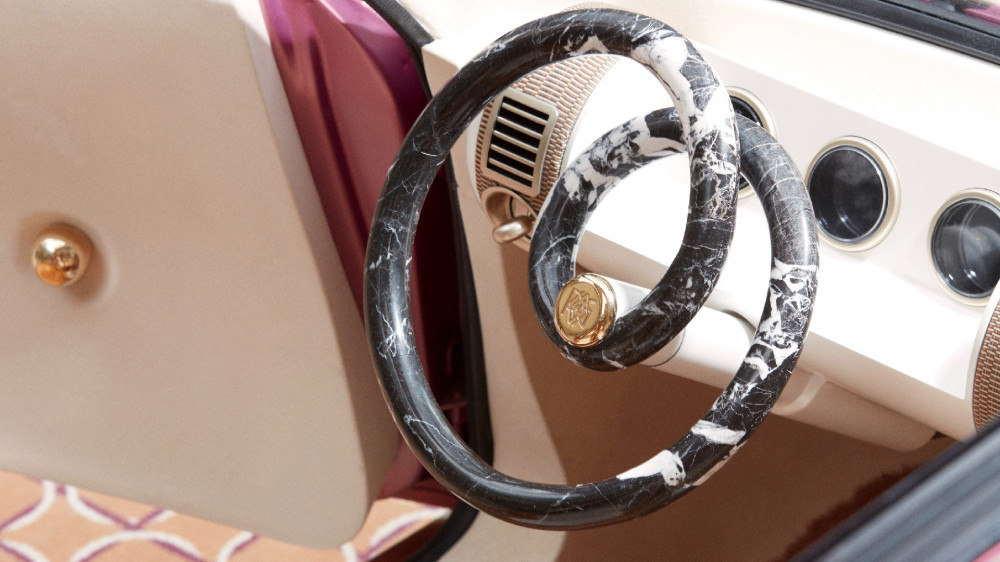