In Europe, Toyota has just introduced the RAV4 Adventure, which has not only a more rugged exterior but also several minor changes that will influence the rest of the RAV4 lineup in 2022. The tough 2022 Toyota RAV4 Adventure is also available for the first time in Europe, extending the Adventure line along with the Yaris Cross.

The bumper design of the 2022 Toyota RAV4 Adventure is identical to that of the US-spec Adventure version, except for a redesigned grille, intakes, and front and back silvery skid plates that distinguish it from the rest of the EU-spec line. As a refresher, the 2017 Toyota FT-AC Concept, which previewed the fourth-generation RAV4, featured a similar look. 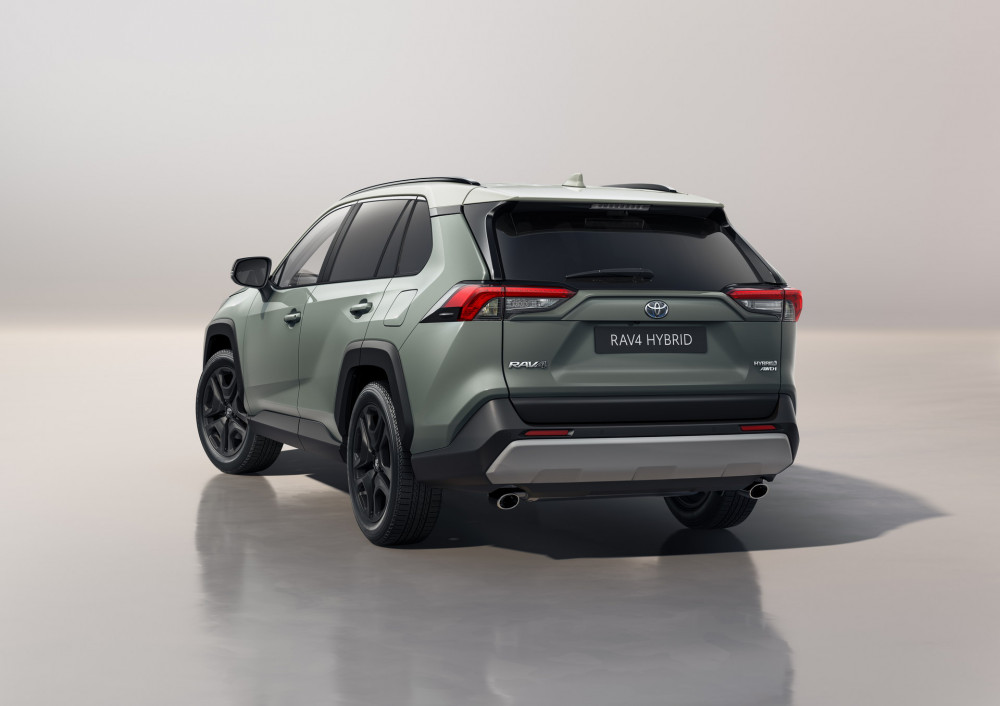 The revised LED headlamp graphics, as well as LED fog lights, are fresh for the 2022 RAV4 in Europe. The Adventure also receives a bi-tone paint scheme inspired by the FJ40 Land Cruiser, as well as larger wheel arches and a pair of matte grey 19-inch alloy wheels. Toyota has developed a set of 10-spoke allow wheels in brilliant silver (Mid grade) or gloss black for the standard hybrid and petrol versions (Style grade). 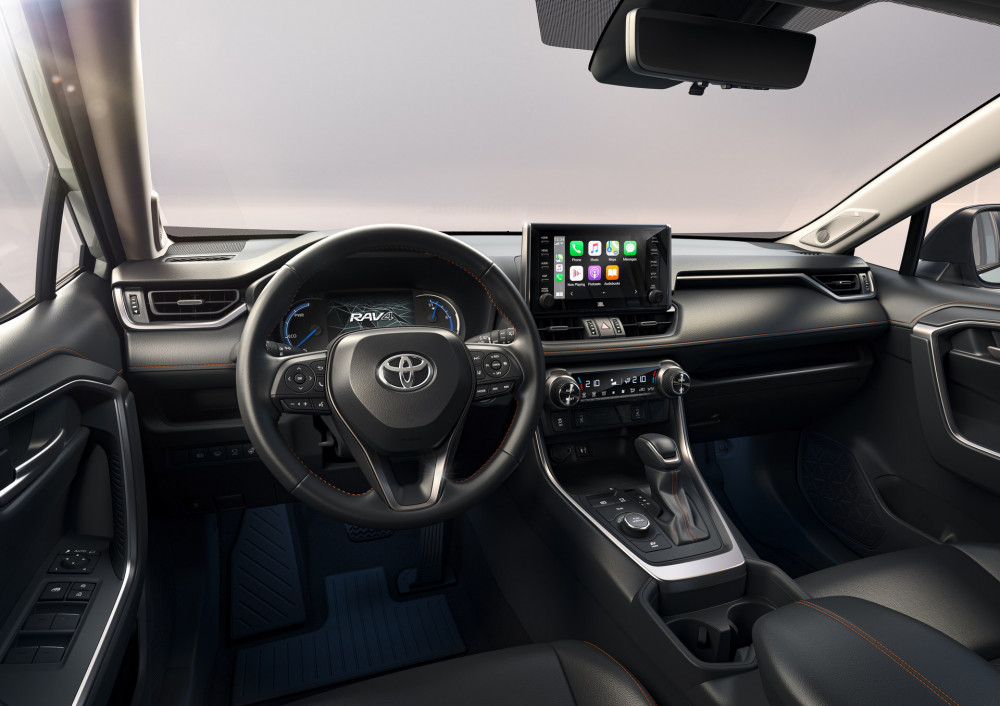 The new RAV4 Adventure has black synthetic leather upholstery with quilted seat coverings and reddish stitching, as well as a pair of unique scuff plates inside too. A basic power-adjustable front passenger seat, lighted window control switches, and new USB-C connections for charging your gadgets will be included in the whole RAV4 lineup. 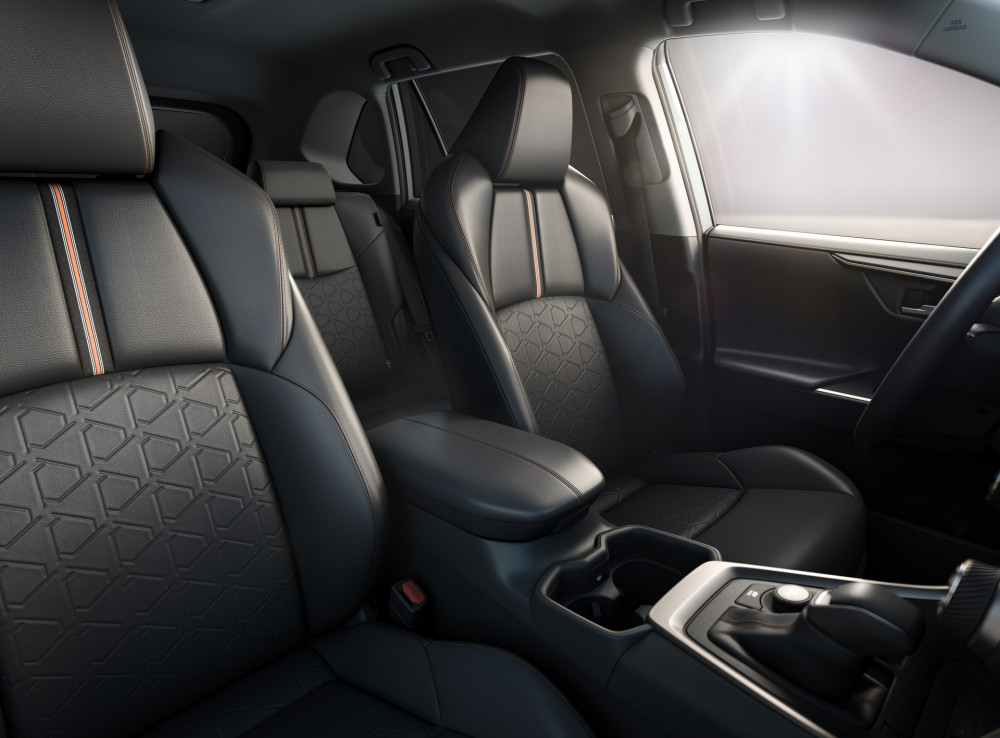 Under the hood of the 2022 RAV4 Adventure, there are no news. Toyota's fourth-generation hybrid electric tech and a normal AWD-i system are standard. A 2.5-liter four-cylinder petrol engine is combined with two electric motors to provide 219-hp (163 kW / 222 PS) and 221 Nm (163 lb-ft) of torque. The RAV4 Hybrid AWD-i has a braked towing capability of 1,650 kg, according to Toyota. 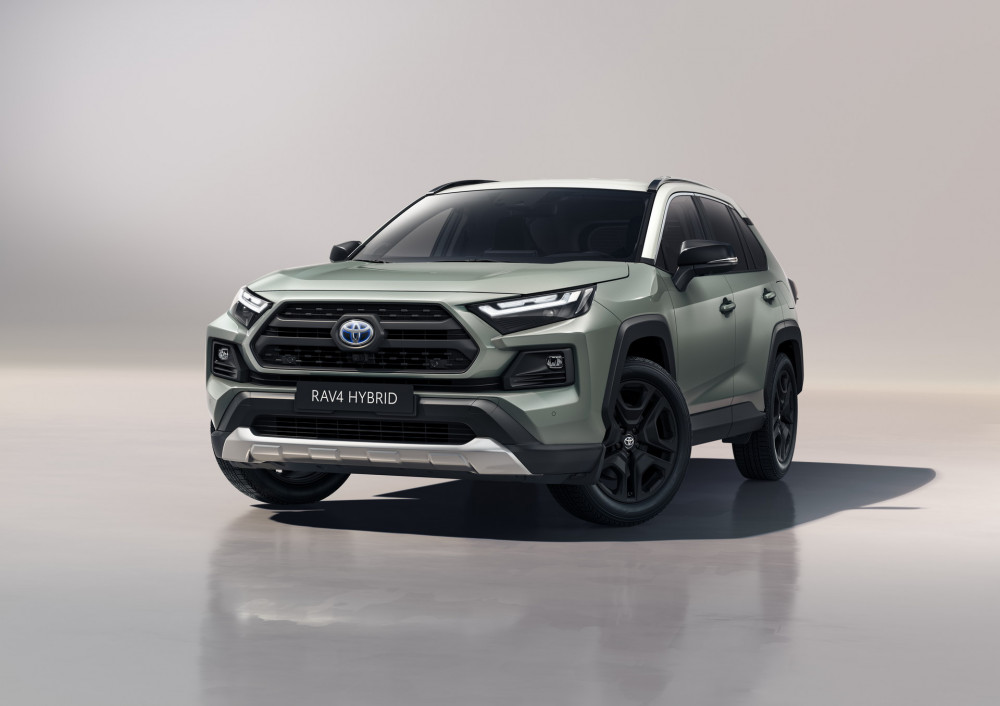 The new 2022 Toyota RAV4 Adventure and the rest of the updated RAV4 entire lineup are anticipated to arrive in Europe in the first quarter of 2022.