We often wonder how much more capable crossovers and SUVs are than the vehicles they're based on, while being marketed as tough and off-road competent. Honda, on the other hand, opted to take its Honda Passport rallying, and did so without altering the powertrain or suspension to establish the model's ruggedness.

Even though Honda Passport gained a few desirable upgrades, the SUV's suspension stayed unchanged, and the motor and gearbox saw no performance upgrades. The production 3.5-liter V6, 9-speed automatic gearbox with paddle shifters, and all-wheel-drive system of the Passport were all factory for the event.

The normally aspirated motor delivers 280 hp (283 PS/209 kW) and torque of 262 lb-ft (355 Nm). However, various enhancements were made to extend the life of Honda Passport. A custom-made 1/8-inch aluminum oil pan and differential skid plates managed to protect the gearbox and differential from the damage of a racing circuit. Furthermore, Carbotech XP12 performance brake pads were installed. 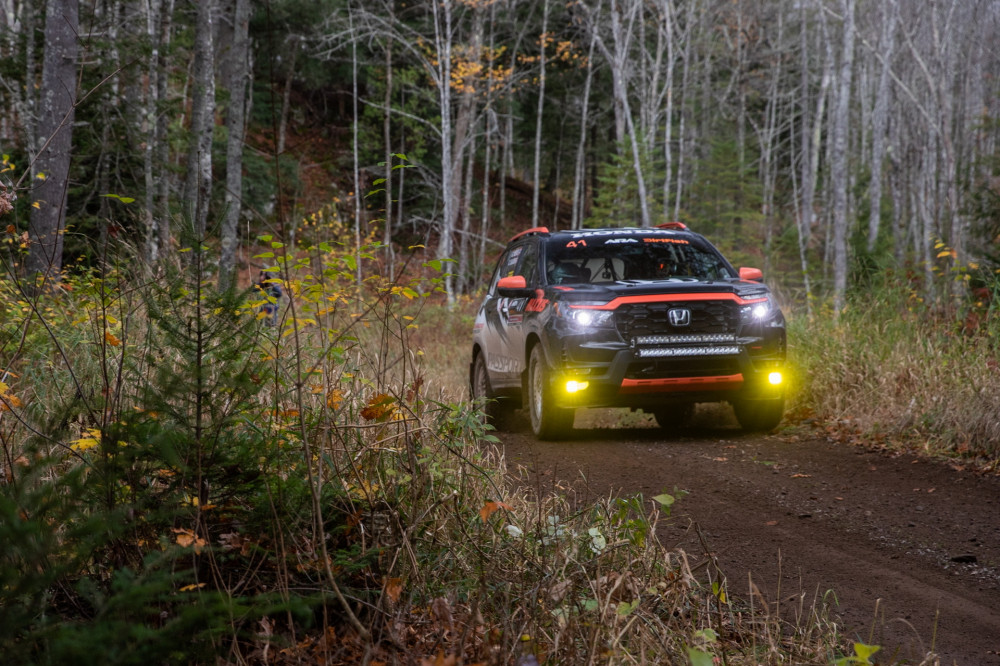 For racing, the inside was scraped and replaced with a roll cage, fire extinguisher, race computer, and in-car communications network. Depending on the event settings, 7.517-inch BRAID Winrace T rally wheels covered in Maxxis RAZR M/T or RAZR A/T tires (265/70-R17) greatly helped with traction. Honda Passport finished 22nd out of 42 cars, with a de-beaded tire on the first day causing them to fall behind. However, the club is hoping for more in the future season.