Last year, Citroen gave the third-generation C3 supermini a makeover that will keep it competitive for a few more years, while the C3 Aircross will be upgraded in 2021 to compete in the congested B-SUV market. So, what exactly is Citroen New C3 that was announced today?

Citroen describes it as a contemporary hatchback, designed for India and South America, with a length of 3.98 meters (156.7 inches) and a style influenced by SUVs. The 2.54 m (100 inches) wheelbase matches that of the Euro-spec Citroen C3, therefore we're guessing it's built on the PSA PF1 platform.

The tall hood, plastic wrapping around the bodywork, sculpted fenders, aluminum-style skid plate, and roof rails, on the other hand, make the New C3 appear more like an SUV than a hatchback. Despite being front-wheel drive only, the car's high ground clearance of 180 mm (7 inches), along with superb vision and small overhangs, allows it to perform well in light-off road driving. 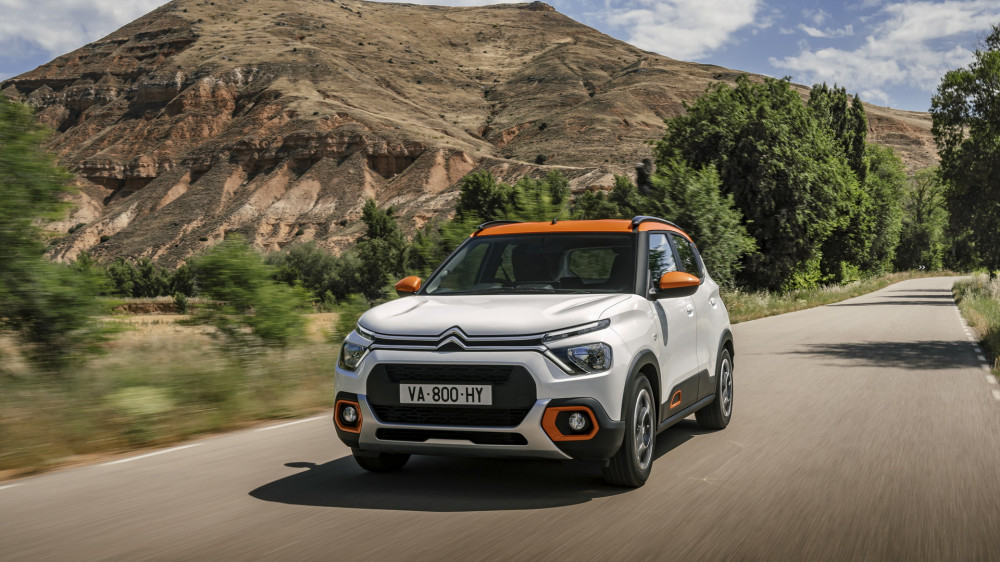 Citroen New C3 naturally borrows aesthetic cues from the rest of the Citroen lineup, such as the dual headlights that extend from the double-chevron grille and the black A-pillars. Colorful accents on the intakes, top, mirrors, and air bumps are among the personalization choices available. Because of the color choices, textures, and distinctive climate vents, the dash seems to be rather futuristic on the inside.

The segment's biggest infotainment touchscreen features full Apple CarPlay / Android Auto compatibility and is coupled with a completely digital instrument cluster behind the traditional steering wheel, while the driver's smartphone may be kept in three separate locations and charged through USB connections. 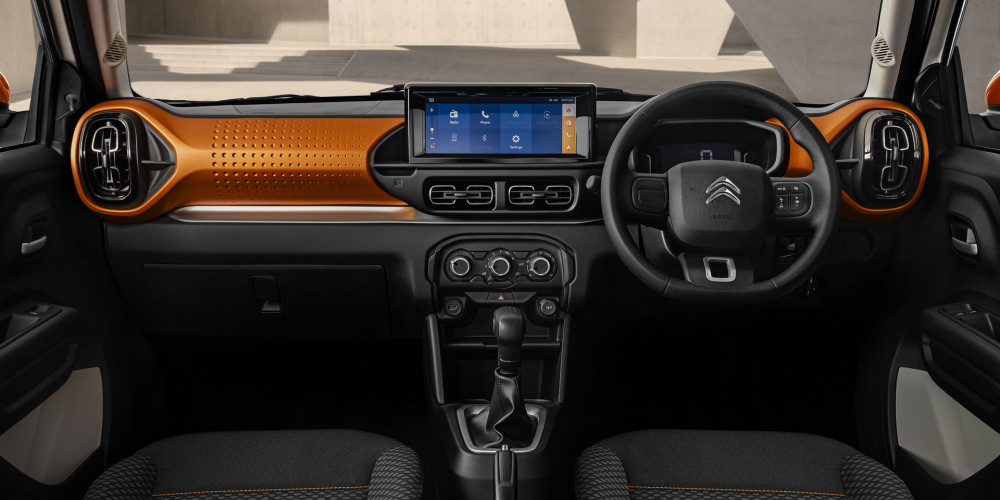 Citroen prioritizes comfort and convenience, so Citroen New C3 has broad seats with soft foam, lots of legroom for back passengers (653 mm / 25.7-inch legroom), and various storage areas. The cargo compartment has a 315-liter capacity (11.1 cubic feet). The New C3's engine range has not been revealed by the French firm. The suspension has been tailored to the driving circumstances of each market, according to the company, and the car's 10m (32.8 ft) turning circle makes it nimble in urban environments. India will soon overtake China as the world's third-largest market, and Citroen, which entered the nation in 2019 and will debut the C5 Aircross in 2021, has big aspirations for the country. 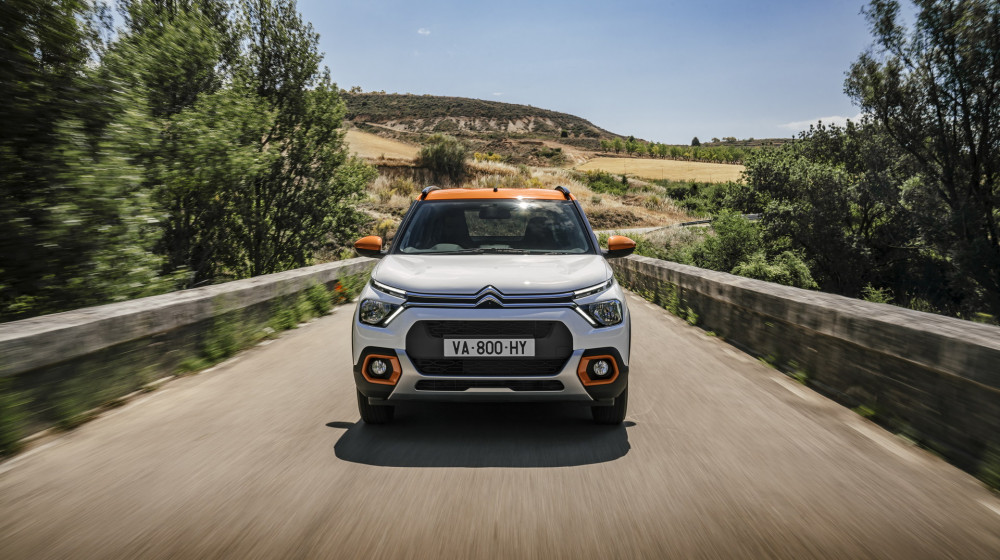 Citroen CEO Vincent Cobée claims that as part of the "C Cubed" concept, the firm would release three international-oriented models by 2024. Citroen New C3 will debut in India in the first part of 2022, backed by markets in South America such as Brazil, Argentina, Chile, Colombia, Uruguay, Peru, and Ecuador. The right-hand-drive automobiles for India will be manufactured in Chennai, which has a capacity of 100,000 vehicles per year, while the left-hand-drive cars for South America will be manufactured in Porto Real, Brazil.