As a refresher, the M50 is BMW M's first electric car, and it's a performance edition of the i4. It will support MotoGP's FIM Enel MotoE World Cup electric motorcycle championship. 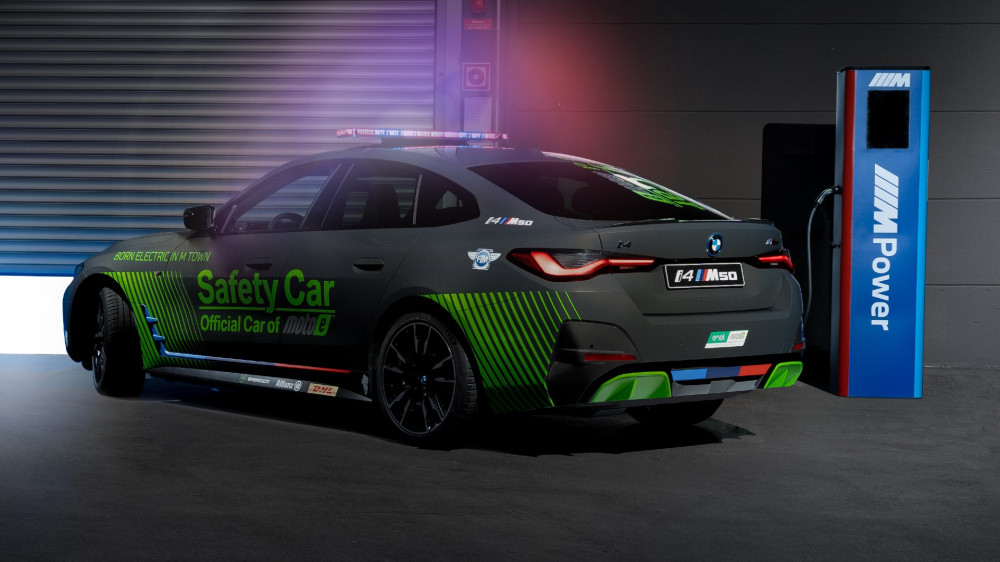 Considering that its WLTP range is projected to be over 510 km, this will be speedy enough just to lead a pack of electrical superbikes, while the basic 83.9 kWh battery will supply enough energy to cover multiple hot laps. The i4 M50 Safety Car has a new livery, in addition to the required lighting bar on the rooftop and extra lights inside the massive kidney grille.

The graphics are neon green on matte gray paint, with highlights in the distinctive M hues of light blue, deep blue, and red. It also features a few sponsor stickers on the front fenders, as well as the words "Born Electric In M Town."

For those unfamiliar with electrified two-wheeler racing, the FIM Enel MotoE World Cup, which uses Energica motorcycles, debuted in 2019 as part of the MotoGP World Championship.

The Red Bull Ring in Spielberg will host the grand opening of BMW's latest safety vehicle on August 15th, and it will compete in all remaining races of the FIM Enel MotoE World Cup. BMW i4 M50 is set to hit the market in November.

The i4 M50 is not BMW Group's first purely electric Safety Car. That honor belongs to the MINI Electric Pacesetter, which arrived in March 2021 for the ABB FIA Formula E World Championship.