Here it is: the 750-horsepower plug-in SUV known as the XM, the first independent SUV M model from BMW, and the second freestanding M vehicle since the late 1970s monster M1. Because of its enormous grille, even an electric SUV like the iX looks good in comparison.

It's called the Concept XM since it's merely BMW's concept of what a potential BMW vehicle would look like.
A production model is expected by the end of 2022, according to BMW, so don't hold your breath waiting for the design to be mellowed down too much. 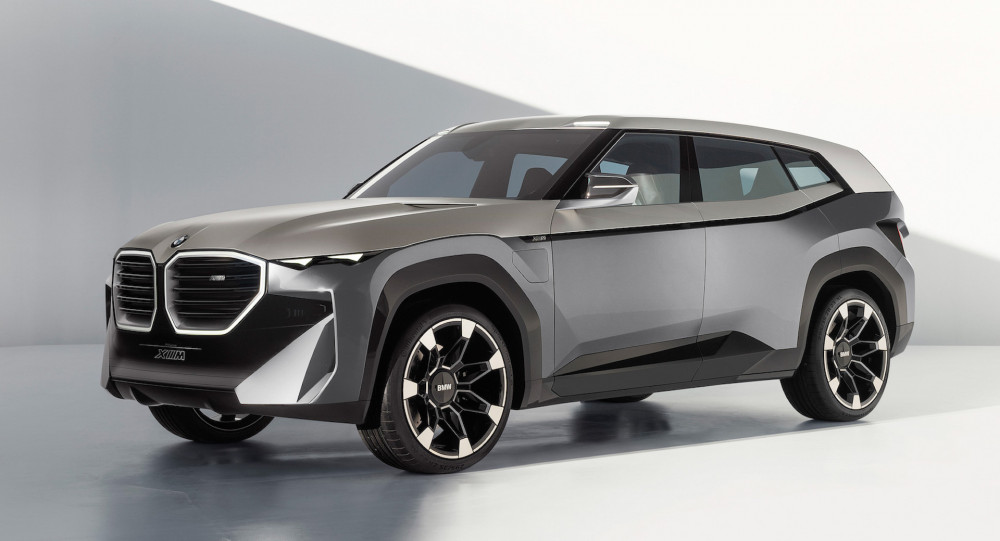 First and foremost, let's talk about that face. In fact, the XM's front fascia is so tall that it lends the SUV an intimidating air that infects the rest of the design. Proportionally, it features tall flanks, a sleek glasshouse, and an elongated roofline that sets it apart from other upright SUVs. 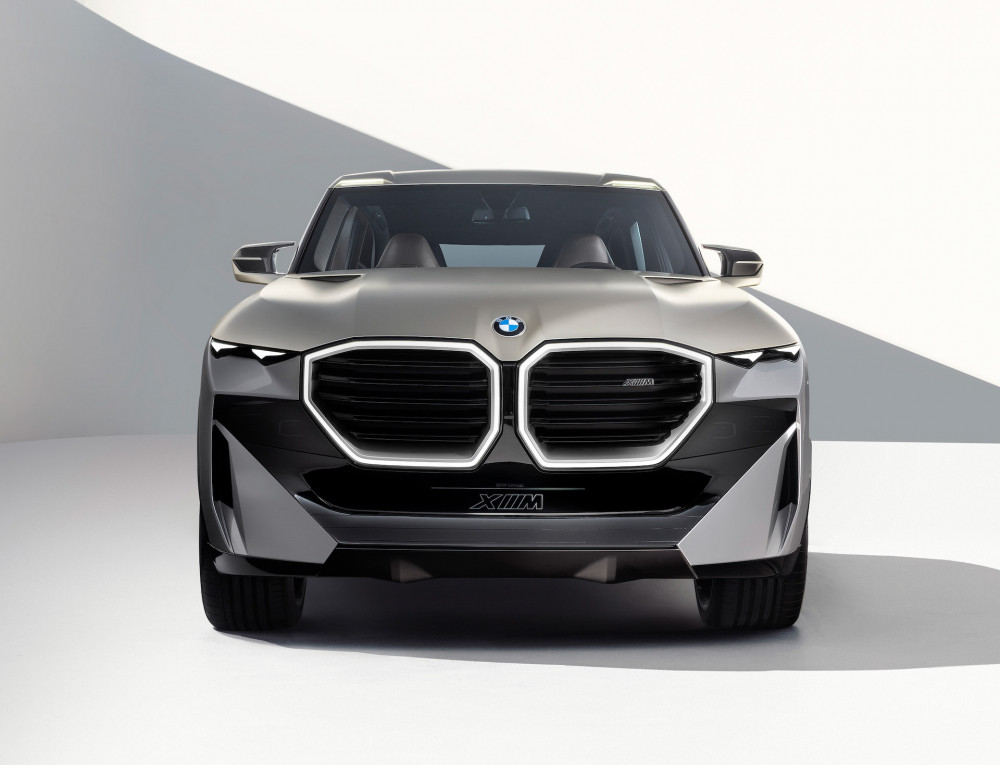 When it comes to styling, it's all about contrast. The roof features LED lighting at its leading edge and black A-pillars emphasize its aggressive rake. The powertrain isn't described in great depth by BMW, but we know it consists of a V8 gasoline engine and an electric motor that combined produce 750 hp and 737 lb-ft (999 Nm) of torque. 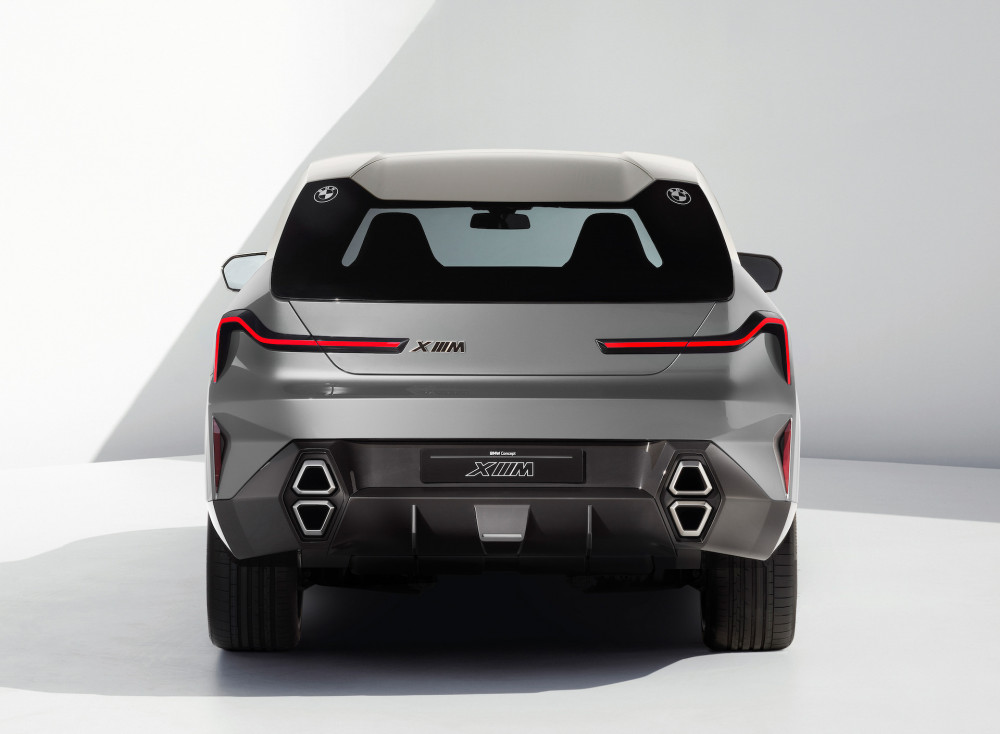 What will truly catch your eye is the back style, which features massive exhaust tailpipes to demonstrate that this is no electric vehicle. The XM's dual exhaust pipes are placed vertically rather than horizontally, as they are on previous BMW M exhaust systems.

They also appear to have fake bumper exhaust trims, something that BMW M generally tends to leave to less authentic brands. This is frustrating. The rear panel's odd triangular finishers, which virtually resemble the front grille but are turned 90 degrees, make it stand out. 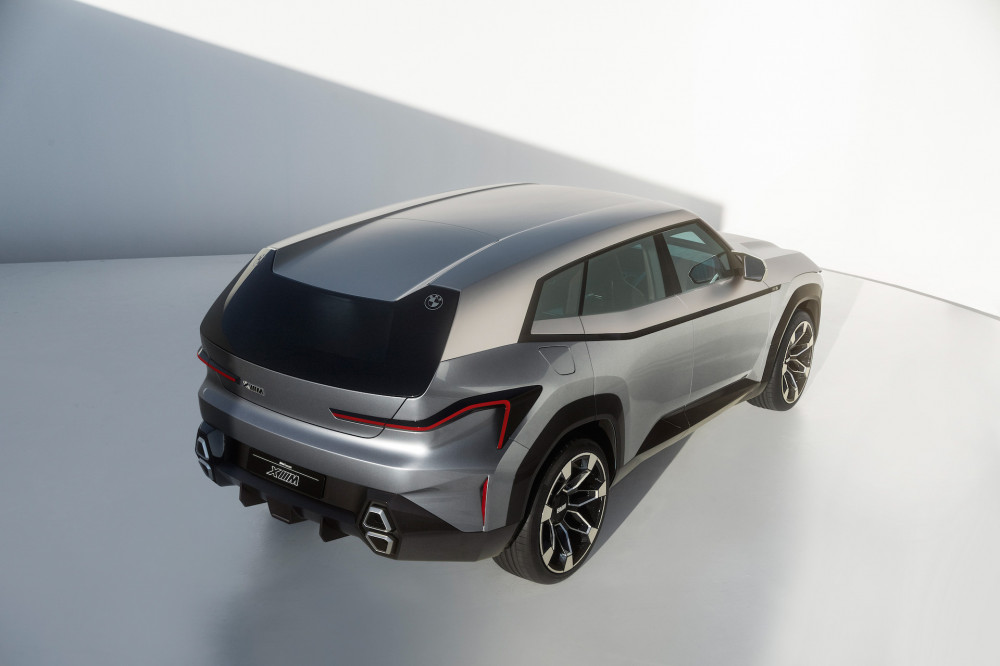 The XM's interior incorporates aesthetic cues from other BMW concept and production vehicles, but with a concentration on conventional luxury materials that may perplex the ordinary BMW M customer. Rather than acres of black leather and gleaming carbon trim, you'll find textured woven areas comprised of carbon fiber and copper thread, as well as a hefty dose of rich brown leather and turquoise velvet upholstery. 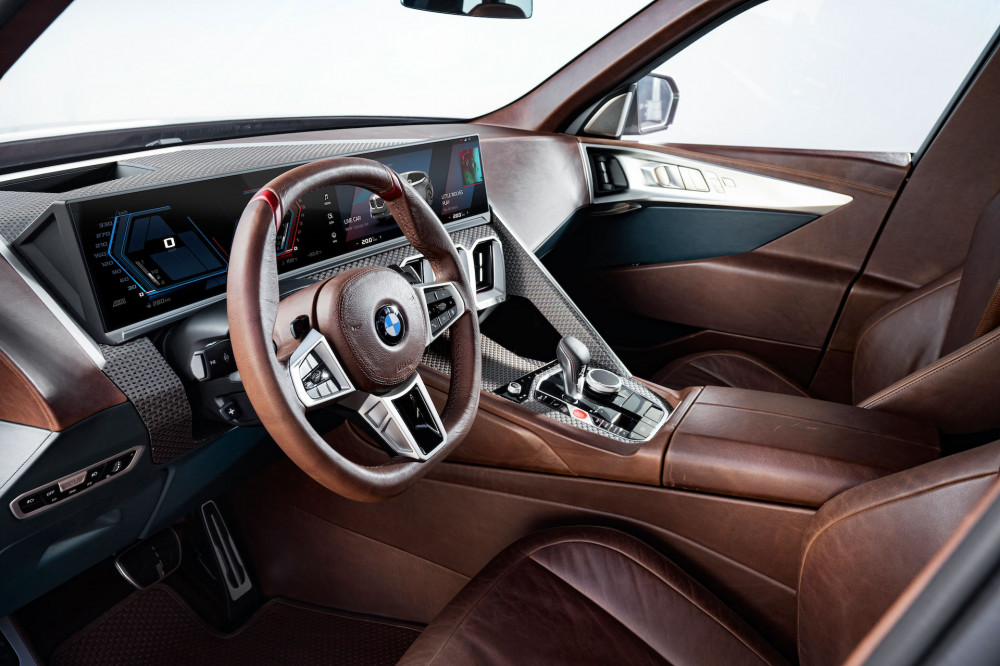 Meanwhile, BMW's integrated infotainment-gauge cluster hardware running the current version of iDrive dominates the driver's front view, but it's worth noting that the iDrive rotary controller is still in use. The existence of other parts-bin switchgear, such as the gear selector and console knobs, indicates that the Concept XM is on the verge of abandoning the Concept designation.

The pricing of the production XM, which will put BMW in direct competition with the names like Bentley, Porsche, and even Lamborghini, will be revealed early in the new year ahead of its late 2022 debut.