For the first time in 50 years, Ferrari will participate at the highest level of endurance racing with the new Ferrari 499P, which will enter the FIA World Endurance Championship in the Le Mans Hypercar class next year.

Elegant and functional, the car's design will be seen in its red and yellow racing livery for the first time at the 1000 Miles of Sebring in March 2023. Also, the slim LED headlamps and prominent carbon fiber splitter up front are immediately noticeable. 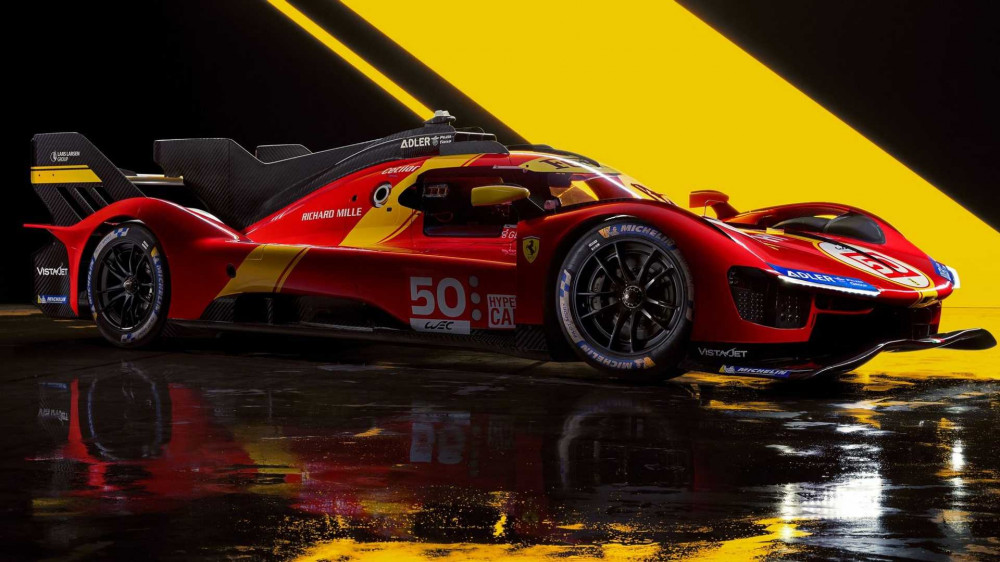 Over the front tires, the bodywork opens up significantly. While the back features an enormous aerodynamic shark fin and a rising wing, the sides have smooth and simple bodywork. The 499P will race in the LMH class rather than the LMDh class (where competitors are required to utilize a chassis from Multimatic, Dallara, Oreca) since the Italian carmaker has designed its own chassis. 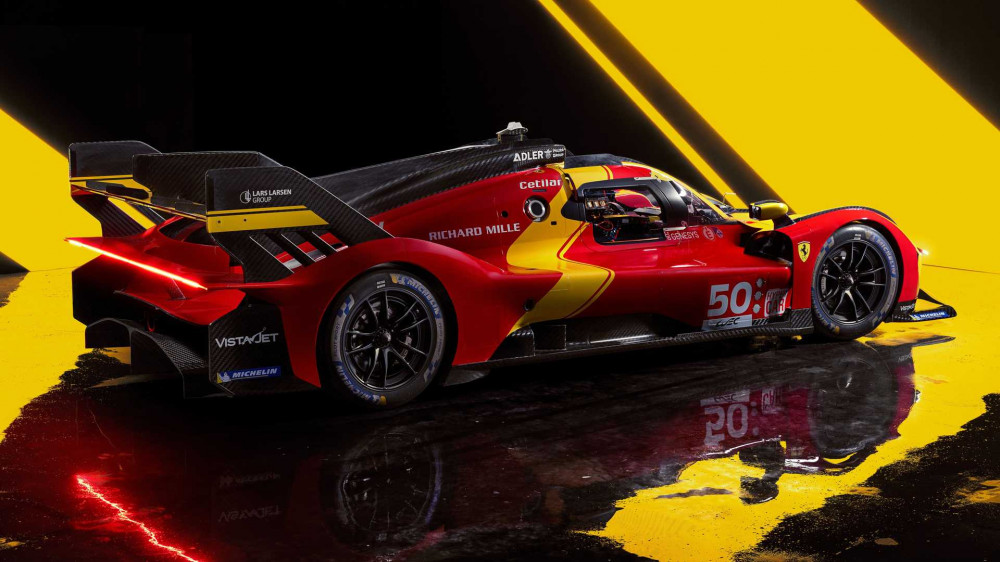 Ferrari 499P is powered by a 3.0-liter twin-turbocharged V6 that borrows its design from the 296 GT3 race vehicle but has been extensively altered to be lighter. A 900-volt battery that powers the electric motor. This electric motor propels the front wheels, while the combustion engine provides the power for the back wheels. 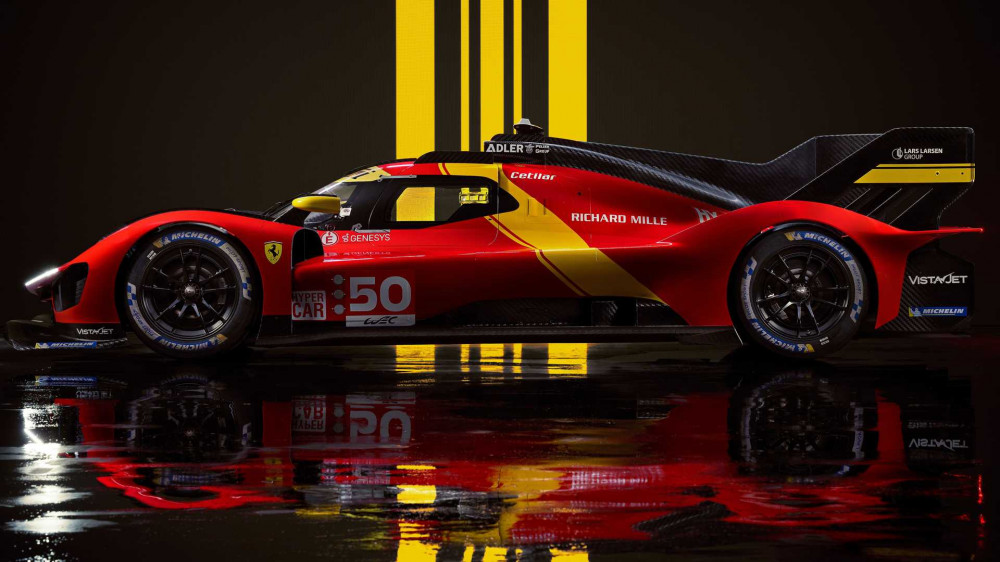 The vehicle's energy recovery technology allows the battery to be recharged during deceleration and braking. The total output of the Ferrari 499P is 680 horsepower. Homologation of the 499P is expected to occur by the end of the year following a total of over 7,500 miles of testing. Le Mans 24 Hours is one of the scheduled races for next year's FIA World Endurance Championship.