The Bugatti Centodieci, a hypercar inspired by the EB110, is being mass-produced, and its detailed specifications will soon be unveiled. The most recent unit is a silver Centodieci that was recently featured in an exclusive photoshoot.

Though they do not share any mechanical components, the Bugatti Centodieci looks suspiciously like a futuristic EB110. Specifically, the Centodieci's fixed rear wing and the circular apertures on the B-Pillar were inspired by the Bugatti EB110 Supersport, a more lightweight and capable variant of the EB110 GT. 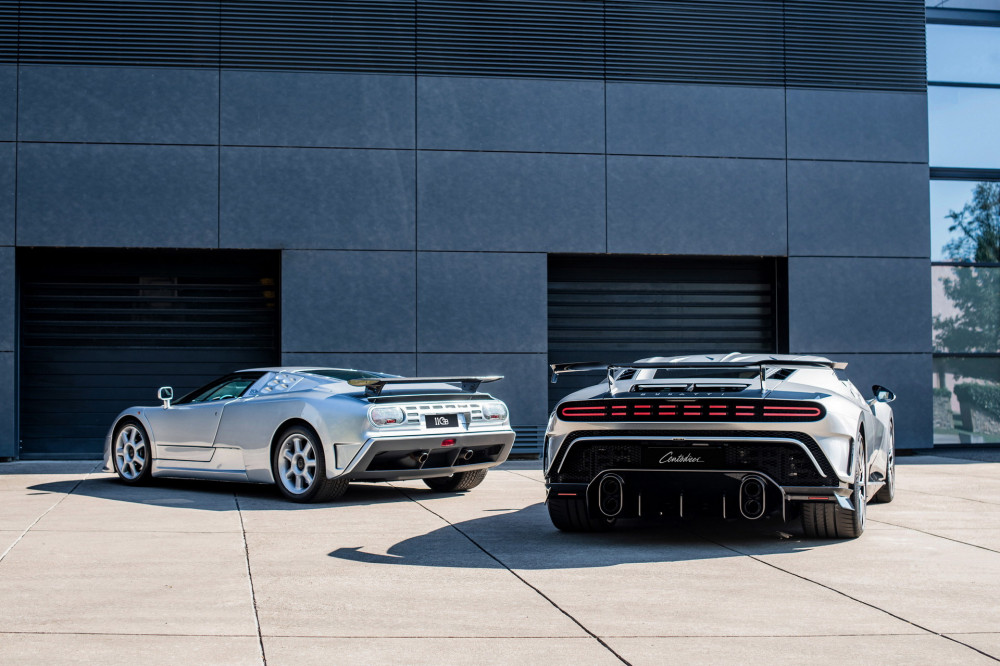 Additional design elements shared by these vehicles include a horseshoe grille with horizontally placed bumper intakes, closely spaced headlights, naca-style ducts, and a glass engine cover. The disparities in performance are clear to see. The EB110 SS had a modified version of the 603-horsepower-generating quad-turbo 3.5-liter V12.

While such figures were outstanding for their day, they pale in comparison to the enormous 1,578 horsepower produced by the 8.0-liter W16 engine used in current-generation Bugattis. A total of 30 examples of the EB110 SS were manufactured, making it three times more numerous than its contemporary Bugatti Centodieci analog. By the way, this particular EB110 SS used for the photoshoot is Turbocollection's Speed World Record vehicle.