The first shots of the new Genesis G90, the South Korean carmaker's premier luxury sedan, have been published. The automobile has a huge Crest Grille and slim Two-Line headlamp lights, as well as Genesis' "Athletic Elegance" styling. The front grille is finished with a "Layered Architecture" treatment that consists of two G-Matrix motifs.

Another design aspect that helps limit the amount of shut lines in the Genesis G90 is its clamshell hood. You'll see dual-LED turn signals on the front quarter panels and flush door handles when you look at the vehicle from the side. Additional features include 20-inch wheels and a distinctive C-pillar style. 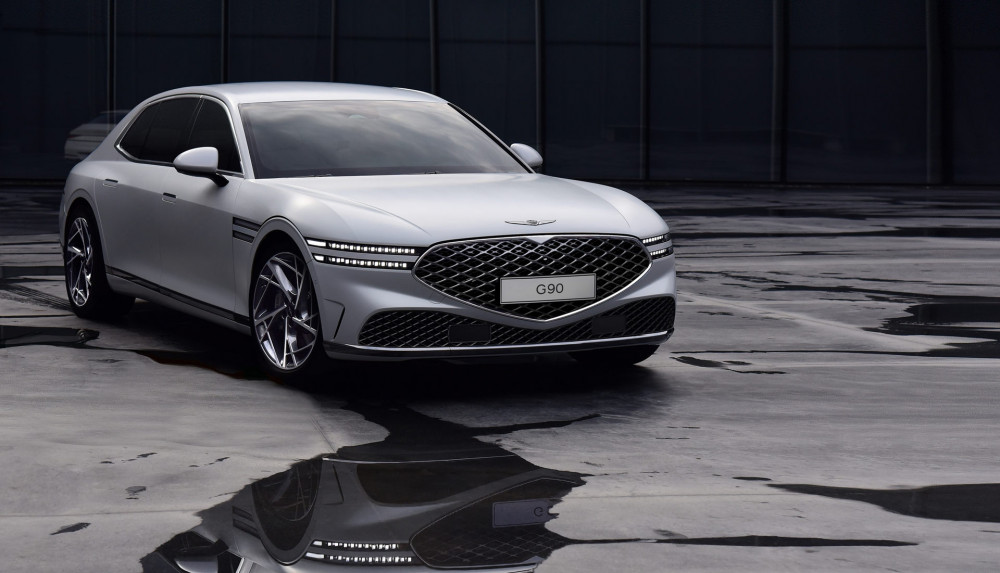 A redesigned rear fascia completes the aesthetic changes. However, it does not use the same Two-Line taillights as other Genesis vehicles. The G90, on the other hand, has two LED light bars that run the length of the back, as well as angled primary taillights. 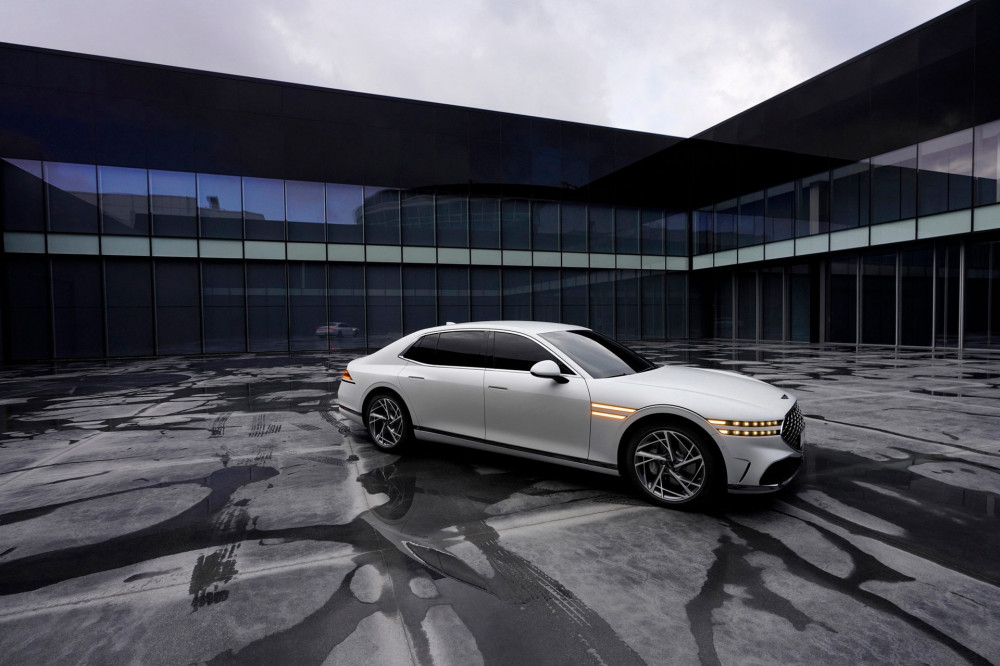 The sedan's interior has yet to be seen, but Genesis claims it will be available in a long-wheelbase version with a 190 mm (7.5-inch) longer wheelbase than the conventional model, enhancing second-row capacity. The new Genesis G90 will go on sale in the United States in 2023 and in other markets in 2022, according to the company. 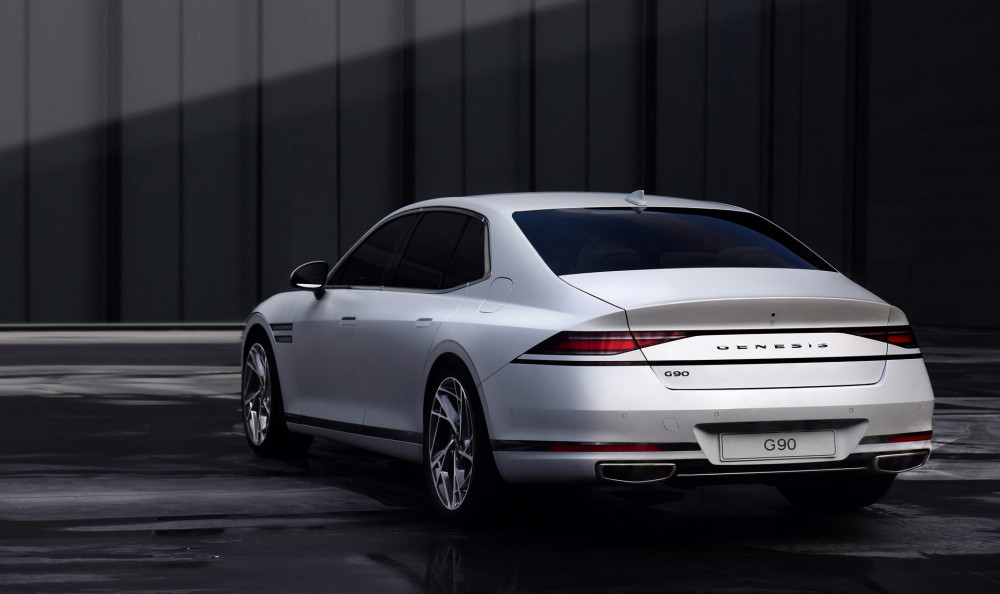