Kia has given this Sportage to Sea Turtle Inc. as a donation, so the SUV can serve a greater good. The one-off vehicle, based on the Sportage X-Pro, was customized to aid the organization in its mission to conserve endangered sea turtles. It has a ladder, a roof rack, and bigger, lower-pressure tyres that work better on soft sand beaches.

In addition to the new green paint job, unique badges, and adjusted tow hitch, the model also features a few other modifications. Research has shown that migrating sea turtles can handle red light better than bright white light. So, they put red LED lights on the crossover. 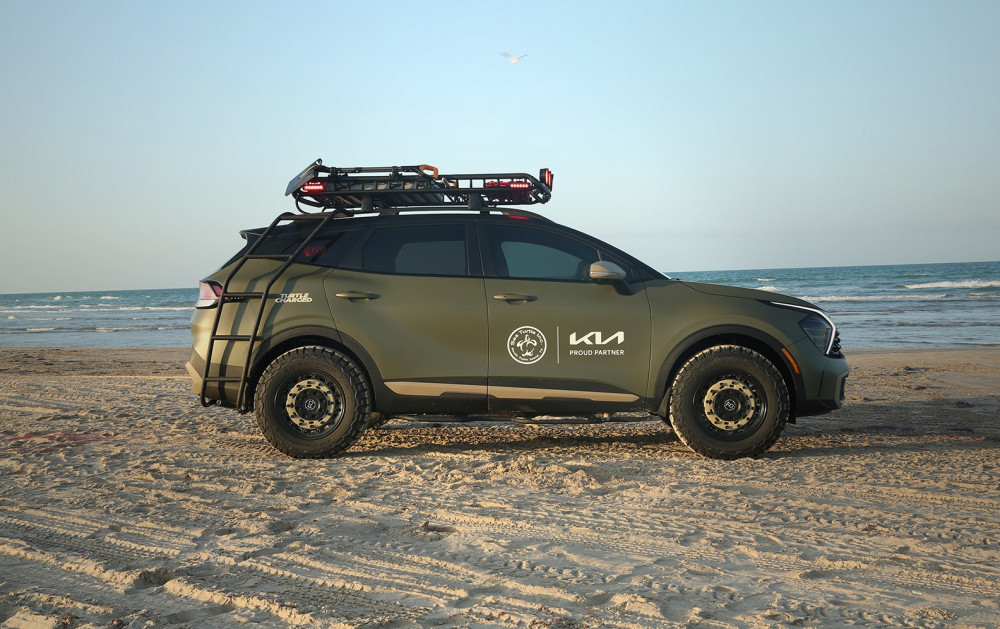 Russell Wager, Vice President of Marketing for Kia America, said: "We worked very closely with the experts at Sea Turtle Inc to modify this Sportage X-Pro SUV to specifically address their needs in terms of performance, convenience, functionality, and operation, especially when driven in areas in which sea turtle nests are present."

He also said that the crossover will "help this important organization do its job better and allow it to save even more endangered sea turtles than the 5,600 it did last year." Kia's donation of the Sportage was part of their Accelerate The Good campaign, which also included a monetary donation to Sea Turtle Inc. for upgrading their facilities.