Quarkus P1, a lightweight, track-only supercar from France, has just been unveiled. This automobile is only 500 kg (1,102 lbs) in weight, and even the slim Mazda MX-5 Miata appears fat in comparison.

The P1's philosophy, unveiled this week by Damien Alfano, CEO and Founder of Quarkus, is opposed to everything Bugatti stands for. 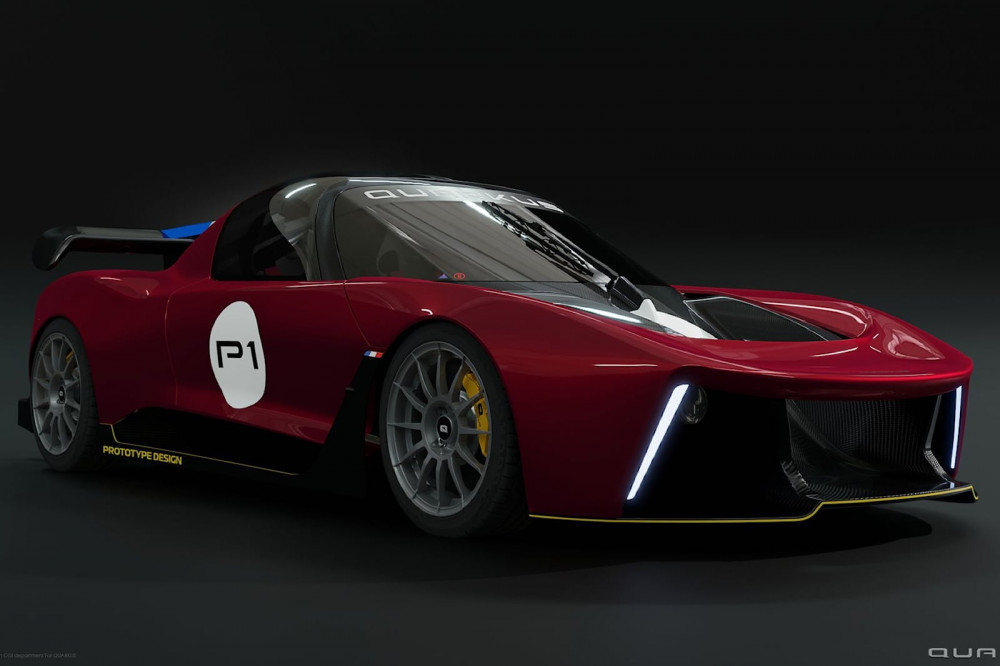 The P1 is powered by a 1.0-liter turbocharged hybrid engine that produces 250 to 300 horsepower. It sounds like a scream in a car that weighs so little as it can rev to 10,000 rpm. This equates to a weight-to-power ratio of 3.6 to 4.4 pounds/horsepower. Quarkus P1 also boasts a completely adjustable chassis and floor links, though no other technical information has been released.

The French Quarkus P1, much like most track-only supercars, is more practical than attractive. Instead of a typical hood, there's a gap where a conventional grille would be, which is likely doing a fantastic job of directing air over the car's body.

There are only slanted daytime running lights instead of regular headlights. A spectacular wing sits above two centrally located tailpipes at the rear. More information, as well as pre-order terms, will be disclosed in the coming days. Quarkus P1 will be on display at the Festival Automobile International in Paris from January 26 to January 30.