The center caps are designed to resemble a ruby's core, and a number of helical-shaped fins spread the changing color light. Harris Reed suggests that Dorothy's ruby red shoes in the classic novel represent the freedom to choose one's path and go on exciting new adventures down the "red brick road." 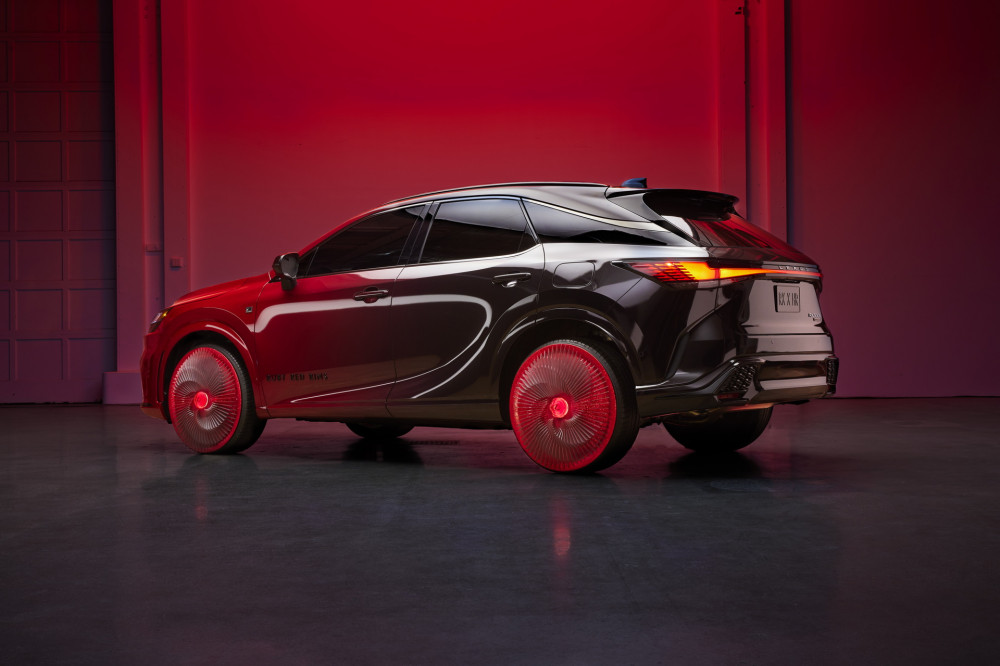 In addition to its new wheels, the Lexus RX SUV was given a special livery that included a red front and a black rear, as well as "Ruby Red Rims" inscription on the doors. Aside from making its premiere at W Magazine's 50th-anniversary celebration in New York City, the one-of-a-kind Lexus RX with "Ruby Red Rims" will be seen across the United States in 2022 and 2023.