The Porsche 911 Dakar, which debuted at the Los Angeles Auto Show in November, has now been seen in action for the very first time. Spy cameras recently captured one such instance, which was plainly silver in color.

It's quite probable that the Porsche in question is a pre-production example of the 911 Dakar. The carmaker raised the ride height of their most famous sports vehicle by 2.0 inches so that it may now be used off-road. 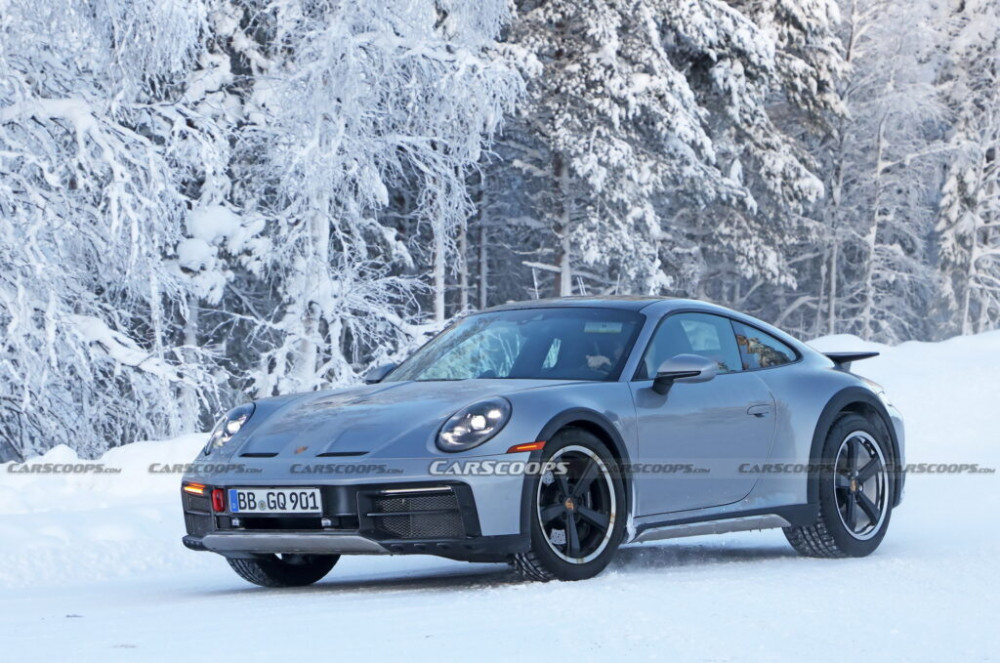 A rotary switch on the steering wheel may be used to engage a "High Level" mode that raises the ride height by an additional 1.2 inches for those who need a little more clearance. The 911 Dakar is powered by the same 3.0-liter twin-turbocharged flat-six engine as the 911 Carrera 4 GTS. 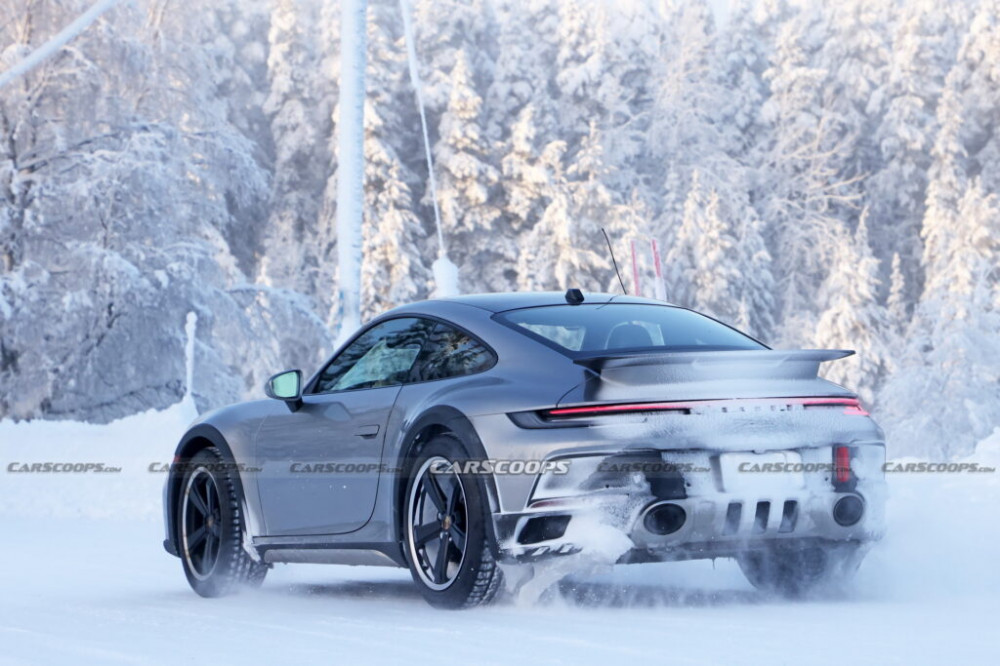 It generates 473 horsepower and 420 lb-ft of torque and is paired with an eight-speed PDK gearbox. The Porsche 911 Dakar can reach 60 mph in 3.2 seconds and has a peak speed of 150 mph, which is restricted by the off-road tires. 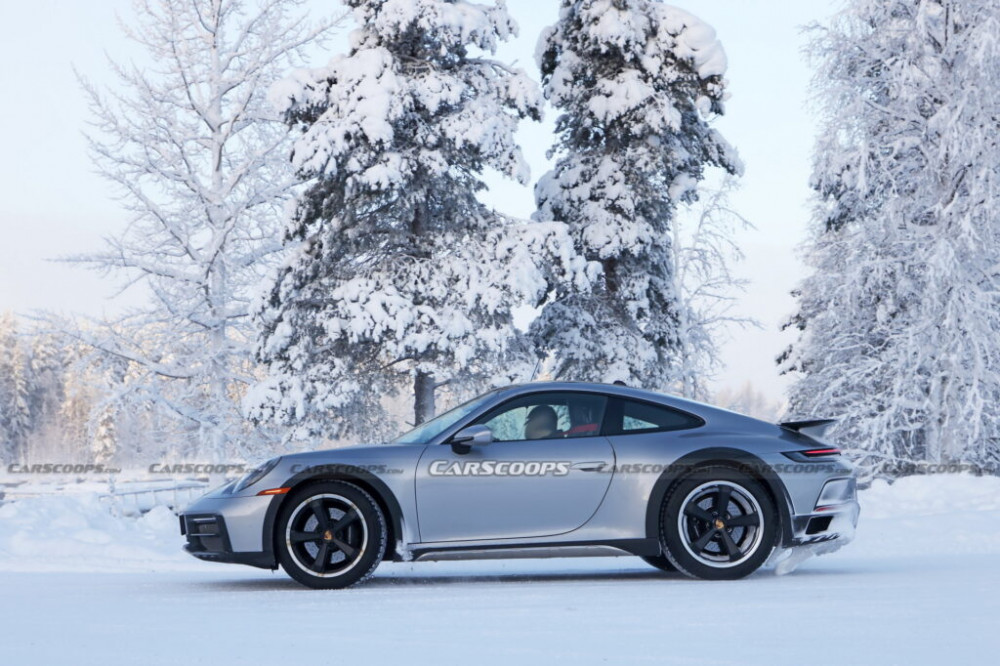