Audi's all-electric RS Q e-tron off-roader will participate in the Dakar Rally in January, and it recently completed an eight-day endurance challenge in the Spanish sun.

From Friday to Sunday, Audi Sport drivers Stéphane Peterhansel and Edouard Boulanger drove the RS Q e-tron, followed by Mattias Ekström and Emil Bergkvist on Monday and Tuesday, then Carlos Sainz and Lucas Cruz on Wednesday and Friday. 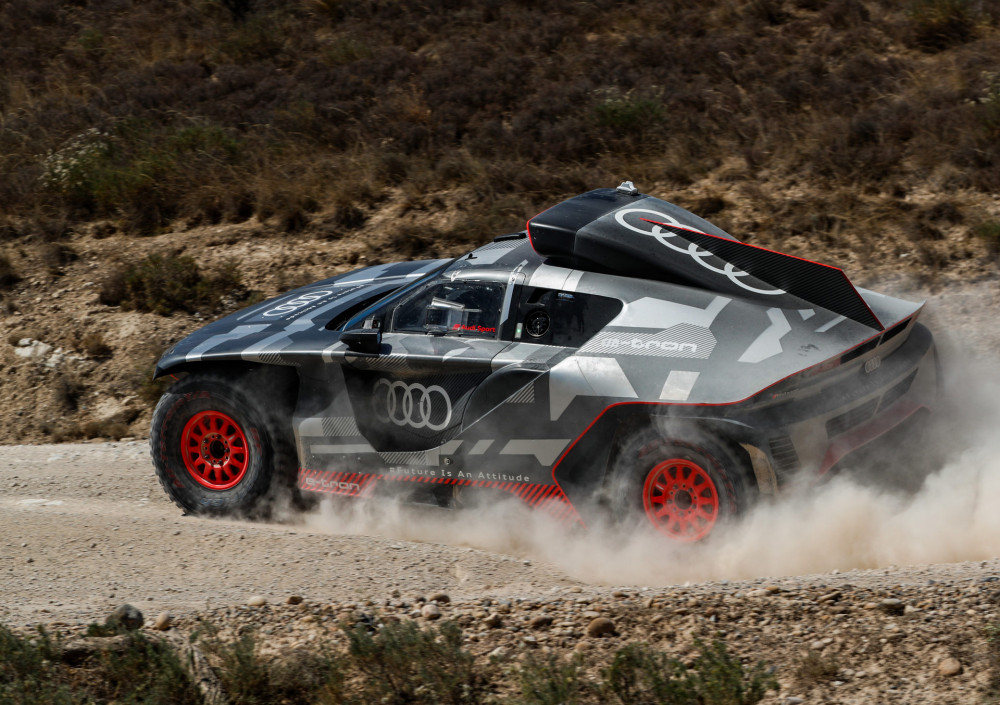 The off-roader reached the max speed of 112 mph (180 km/h) throughout the testing, with the 34 degrees Celsius (93 degrees Fahrenheit) temperature serving as a key test for its cooling systems. During evaluations, the RS Q e-tron traveled approximately 1,700 km (1,056 miles). 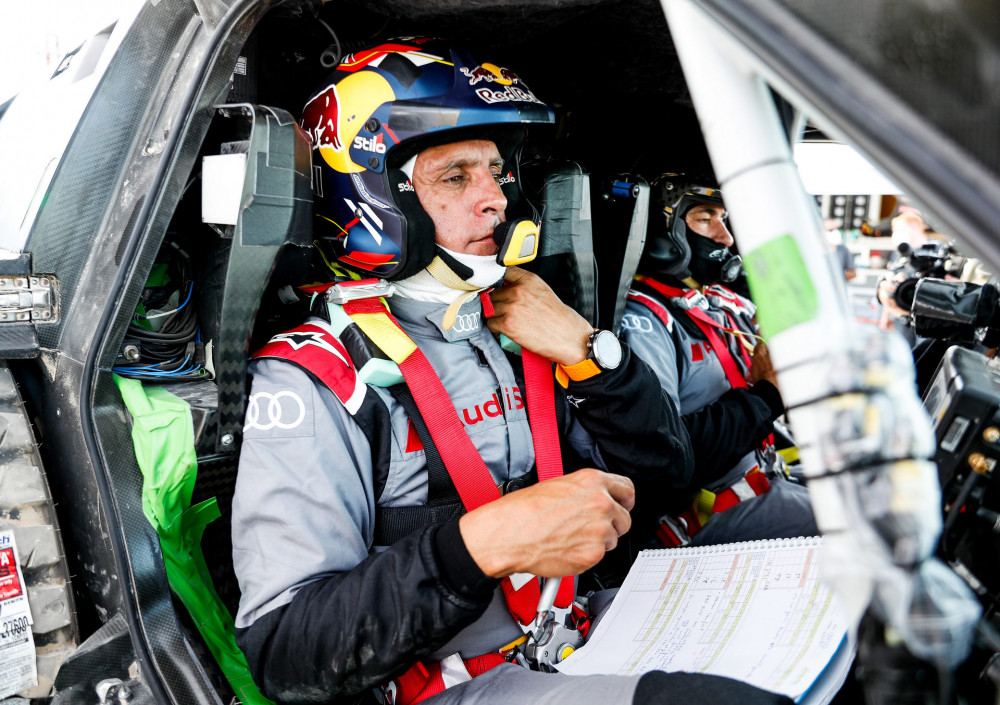 Carlos Sainz commented after the practice: "For the first test in good conditions for the car, I'm pretty impressed with how the car behaves already."

"Right away, I had a really pleasant vibe. This test was focused on getting as much driving in as possible and discovering weak spots,” said development engineer Arnau Niubó Bosch. 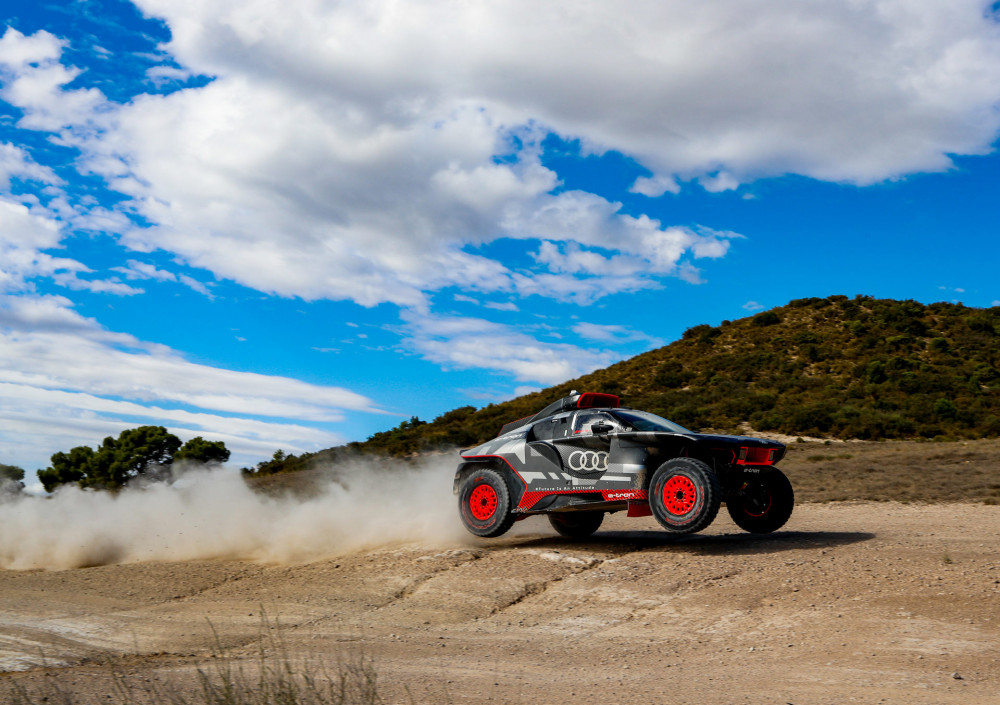 Audi RS Q e-tron is supported by a battery pack that weighs roughly 816 lbs (370 kg) and has a capability of around 50 kWh. The next test will take us into the sands for the first time in September. It powers front and back electric motors with a total output of 671 hp, however, it's unclear whether the Dakar Rally officials will allow all of this power. 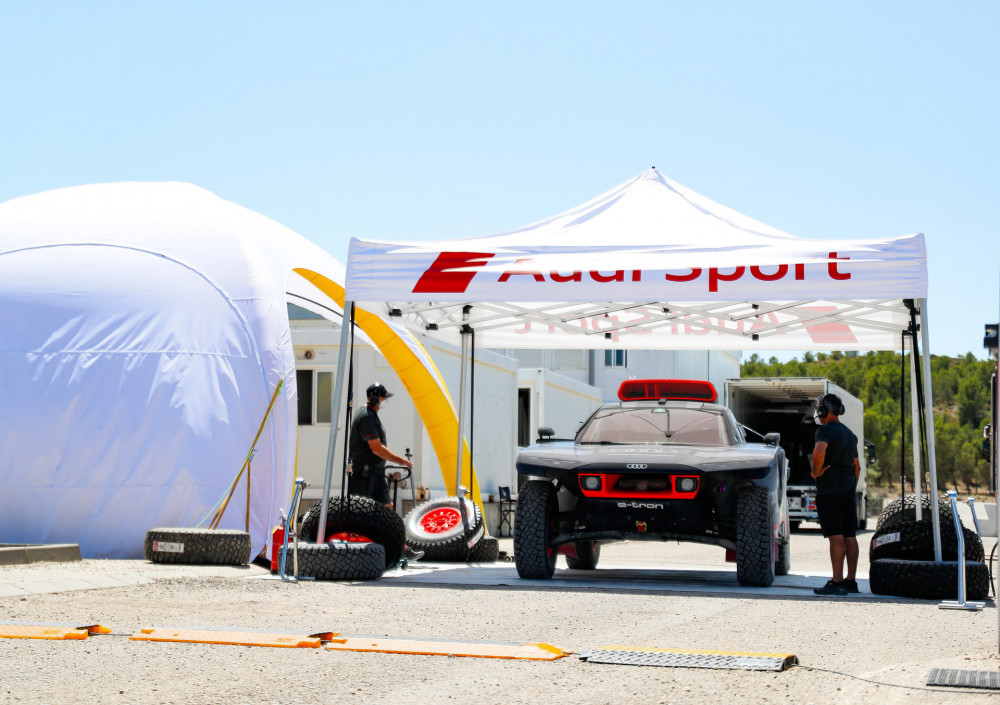 The electrified race car has a 2.0-liter TFSI four-cylinder motor that functions as a generator to replenish the batteries, as it will need to accomplish rounds that are up to 497 miles (800 km) long and there are no chargers in the desert. 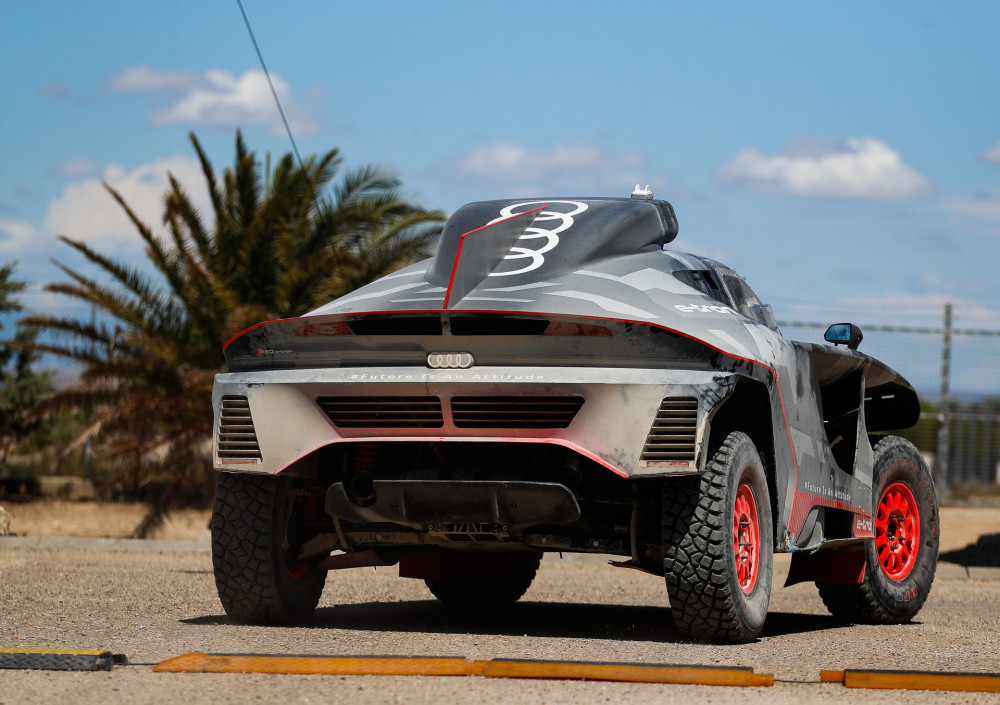