This second Hummer is identical to the first in every way but color; it retails for a whooping $219,000 and has a sand-colored three-part epoxy covering filled with Kevlar fibers, rather than an army green one. 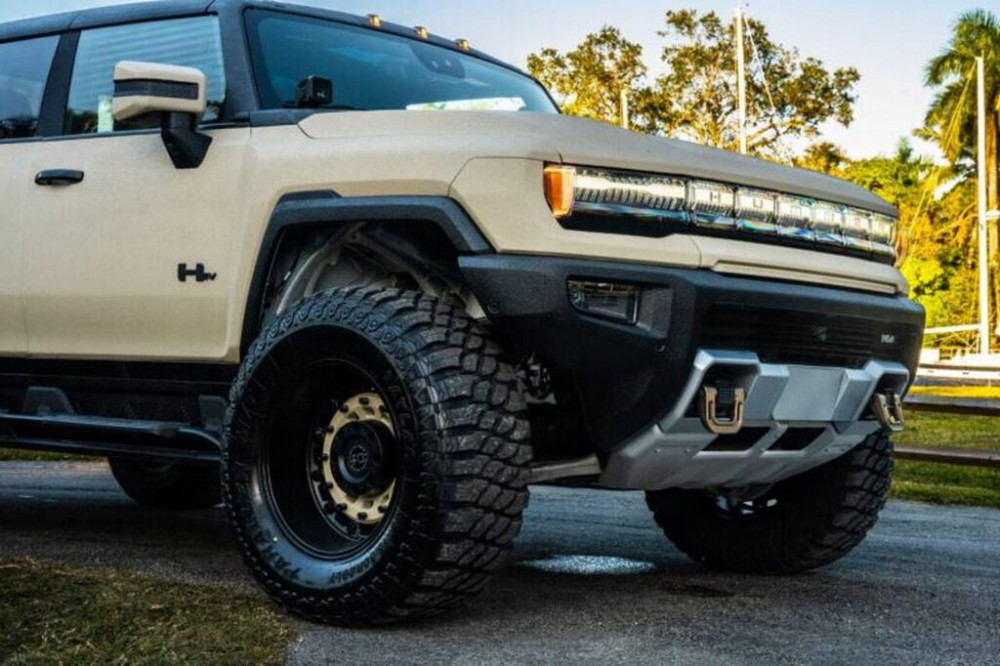 The new truck's seats and center console have been reupholstered in brown leather with diamond stitching. Meanwhile, the new Black Rhino wheels and Atlas Paraller M/T tires give it a broader, more menacing posture. 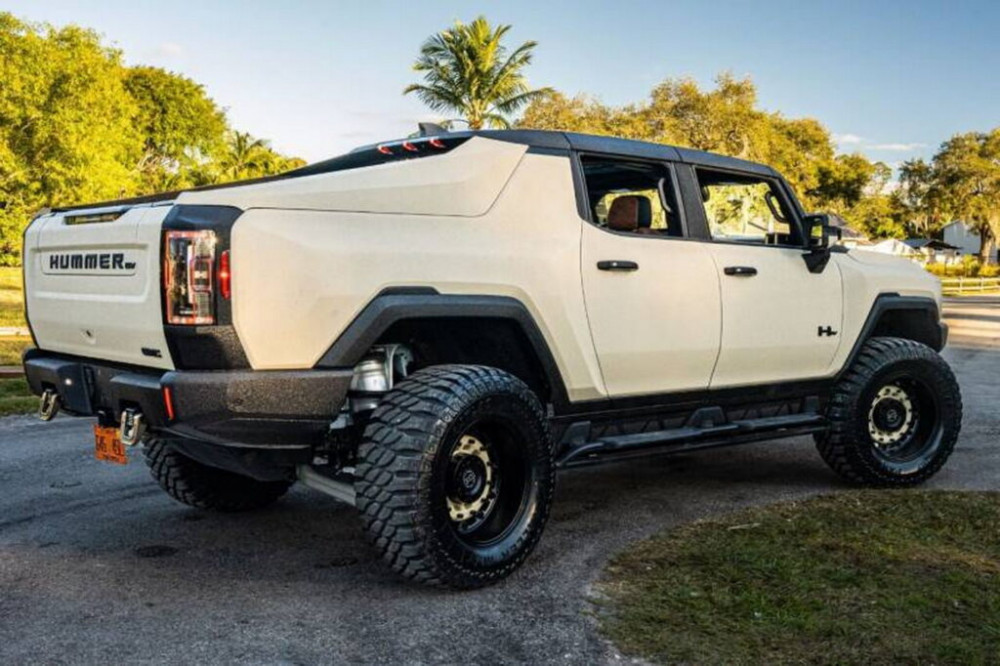 It's worth noting that the Sandstorm is easily distinguished from the other variant because of the sail panels mounted on top of its bed. Similar to the first model, this truck's three electric motors produce a total of 1,000 horsepower, allowing it to go from 0 to 60 mph in under 3.0 seconds. Surprisingly, the truck's four-wheel steering and CrabWalk features still work despite the new tires and wheels. 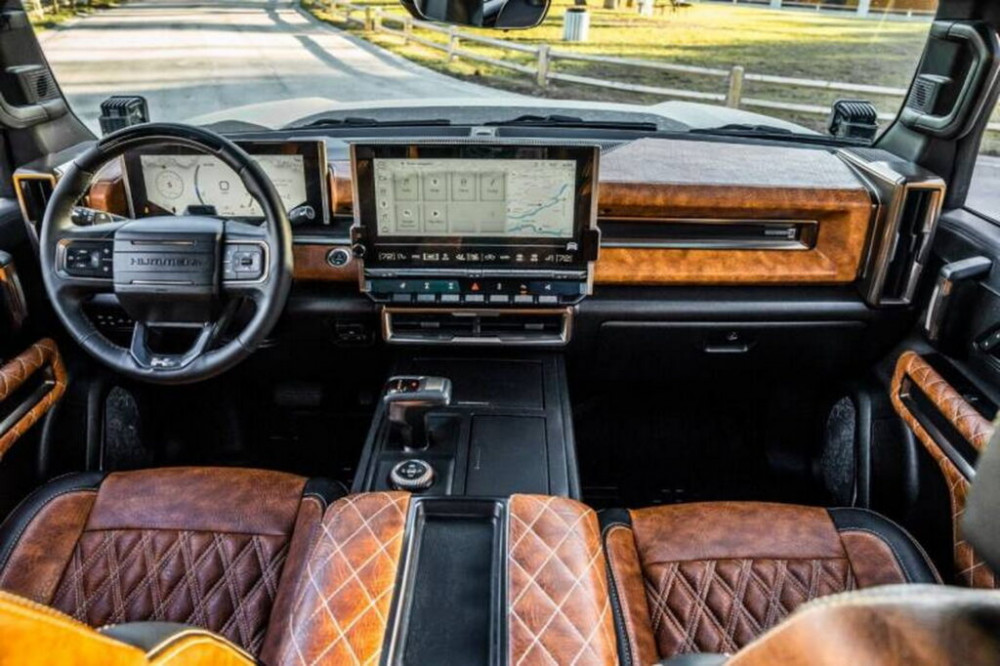