It will be 100 years since Gucci opened its doors, and to commemorate the achievement, it has teamed up with Mattel to produce the world's first Gucci-branded Hot Wheels car. The $120 asking price for the 1982 Cadillac Seville which hits the market on October 18th, is a lot higher than we ever paid for any Hot Wheels.

Gucci's double G pattern can be seen on the back of the roof, and the seats have gold piping. It arrives in a lovely box with a covering that bears the name of the fashion house. The toy Cadillac Seville is available for purchase online and in the brand's locations in big cities such as New York, Beijing, Seoul, Tokyo, Milan, London, and Berlin.

The Gucci-branded Cadillac Seville isn't simply a dream car for connecting the two businesses. There are real ones out there. The AMC Hornet for the 1972 model year was the first car to have a Gucci edition. They had reclining front seats in ivory, green, and red color scheme, which was very 1970s. The carpeting was dark green, and the headliner featured ivory and green with a double G motif.

Gucci later parted ways with AMC and worked with Miami-based coachbuilder International Automotive Design Incorporated (IAD). The company bought new Cadillac Sevilles with all the bells and whistles and carefully customized them with Gucci details.
For the 1978 model year, the first ones were introduced. They were available with a white, black, or brown finish. Cadillac badges were replaced with gold Gucci insignia. The headrests and armrests were saddle brown leather with the distinctive Gucci design. The headliner was embellished with a double G symbol. 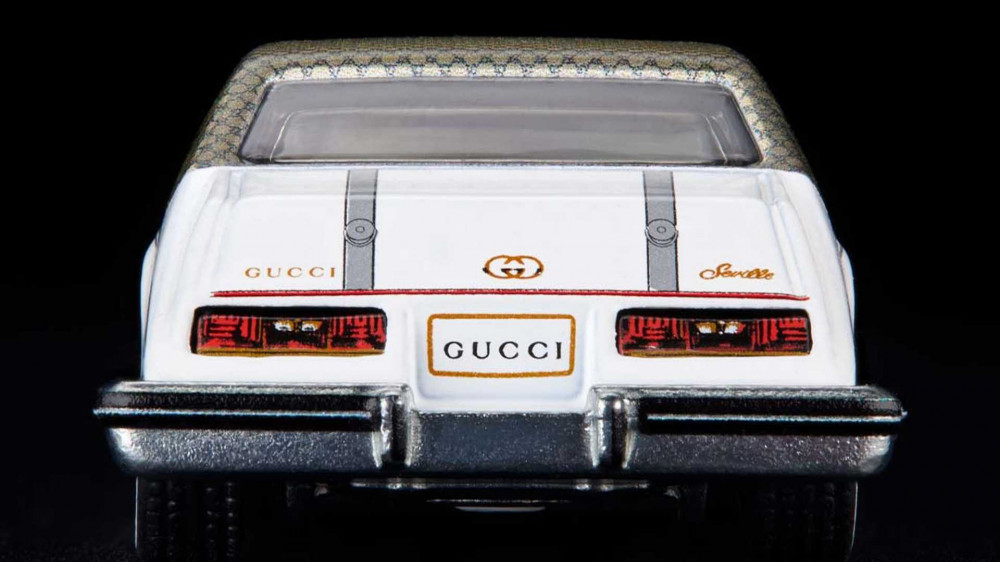