Toyota's 15-concept presentation today included a really eye-catching electric vehicle that we couldn't help but admire. Land Cruiser origin is evident in the Toyota Compact Cruiser EV, which is a tiny off-road-focused SUV. The Compact Cruiser's front end has a classic grille with Toyota letters flanked by horizontally placed LED headlights for a J80-style look.

The Compact Cruiser looks rugged and ready to confront the outdoors thanks to its bare bumper with a projecting aluminum-style skid plate and vertical slits. Wraparound windows appear to be connected to the upright windscreen in the strongly sculpted design with enough plastic cladding on the fenders. 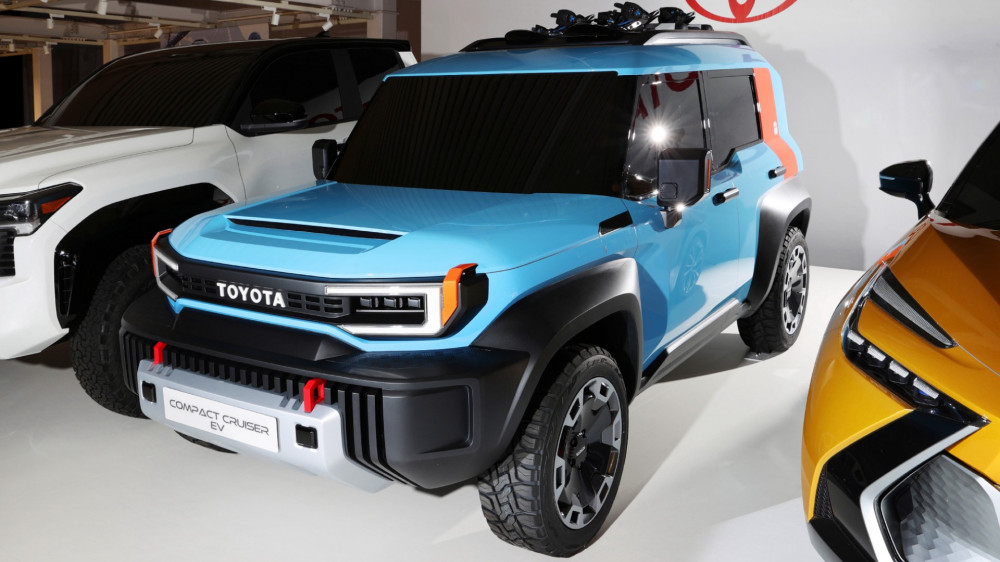 The retro-styled rims are wrapped in all-terrain tires, and the substantial ground clearance suggests that this vehicle is more than capable off-road. There are Wrangler-style LED taillights on the back, as well as an odd-looking door that houses the roof rack's extension. While Toyota only released a few official photos, the video presentation shows the automobile from several angles.