The horizontal bottle that Bentley and The Macallan distillery have been working on together has finally been unveiled. It will include a limited-edition single malt whiskey that is still being produced. Chris Cooke, Bentley's product and lifestyle design manager, remarked, “Our prototype for The Macallan Horizon is truly pioneering in both its design and use of materials.”

Specifically, the bottle will contain The Macallan Horizon, a single malt whiskey. Instead of a bottom, it will have a platform on which it can be placed horizontally. 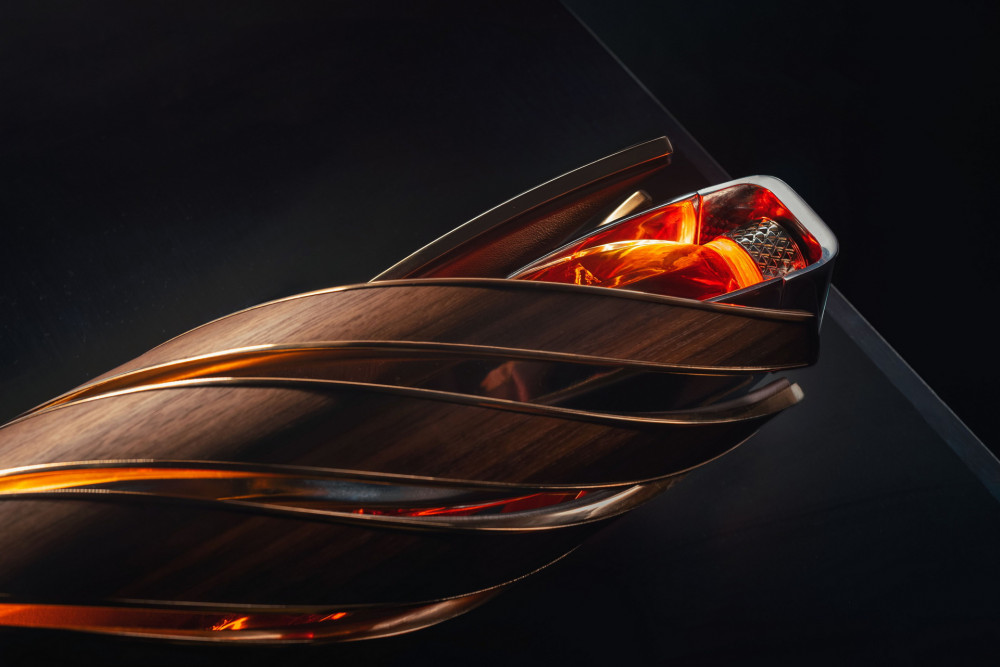 The bottle is composed of glass that has been twisted 180 degrees. Then, a 3D structure comprised of various recyclable and eco-friendly materials wraps around it in a complex tangle.  The Macallan Horizon won't debut until the summer of 2023 when the bottles will finally be ready to be filled. 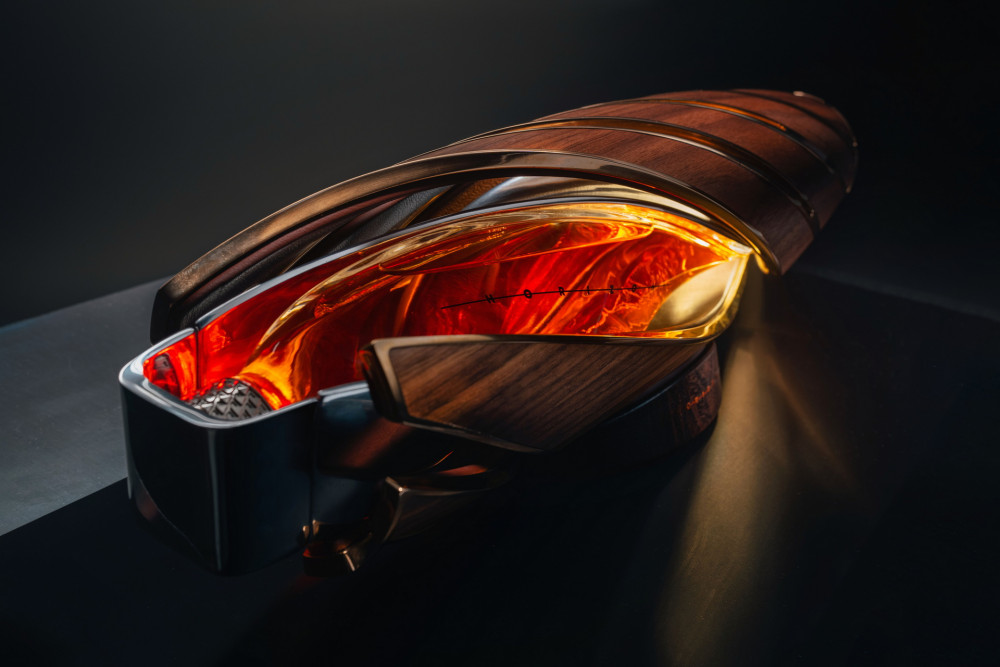 According to Jaume Ferras, the global creative director of The Macallan, “In the whisky world, everything is upright, such as our stills and our bottles. When we looked at the horizontal direction pursued by Bentley Motors as part of the automotive industry, it made us consider if and how we could adapt this format for whiskey, which ultimately requires to be poured.” 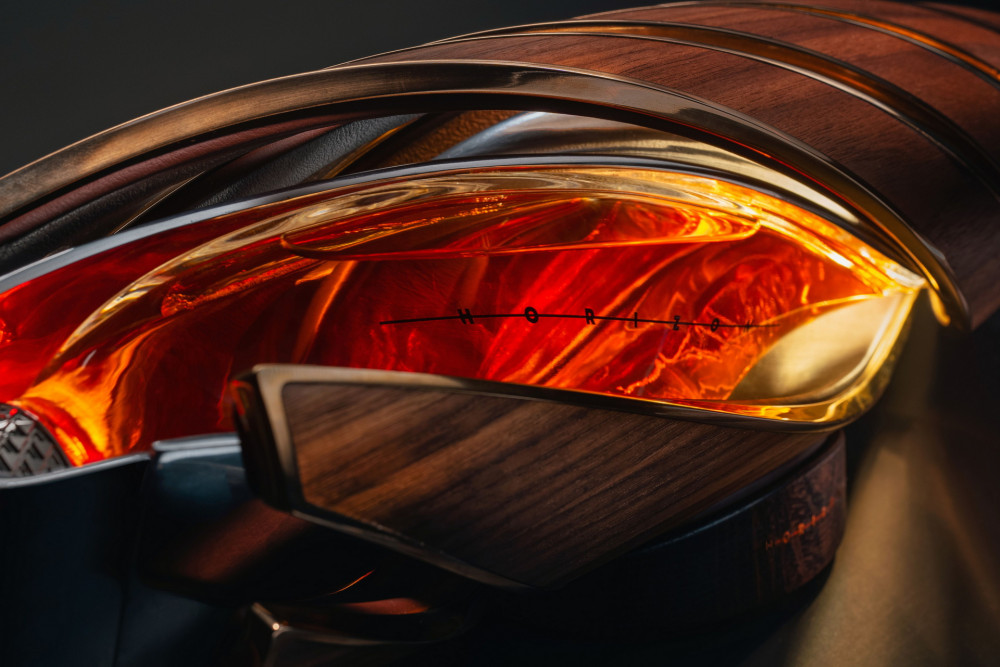