Ford has launched the Dark Horse, a new track-oriented variation of the seventh-generation Mustang. Not only does it seem ominous, but it also promises to boost performance to unprecedented heights. The new Ford Mustang Dark Horse is the brand's first new performance model since the Mustang Bullitt debuted in 2001.

It is also the most track-capable street-legal Mustang with a 5.0-liter V8 engine. Ford began development on the Mustang Dark Horse a few years ago and has equipped the 5.0-liter Coyote V8 with the connecting rods from the 760-hp Shelby GT500 engine. 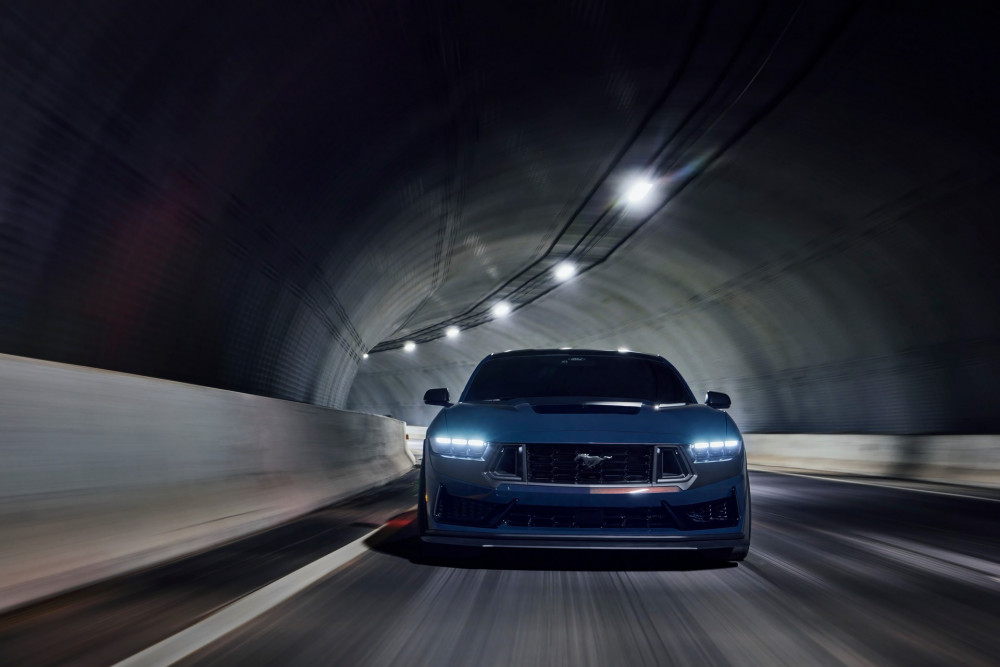 The manufacturer has also added two throttle bodies and is 'projecting' that it will generate 500 horsepower, but exact statistics have not been determined. A six-speed Tremec manual gearbox and a transmission oil cooler are included as standard equipment. Customers have the option of a 10-speed automatic transmission.

In addition to a special radiator, the vehicle also incorporates brake cooling ducts, an auxiliary engine oil cooler, a cooler for the rear axle, and other cooling upgrades. Every single Mustang Dark Horse will have MagneRide shocks preinstalled. 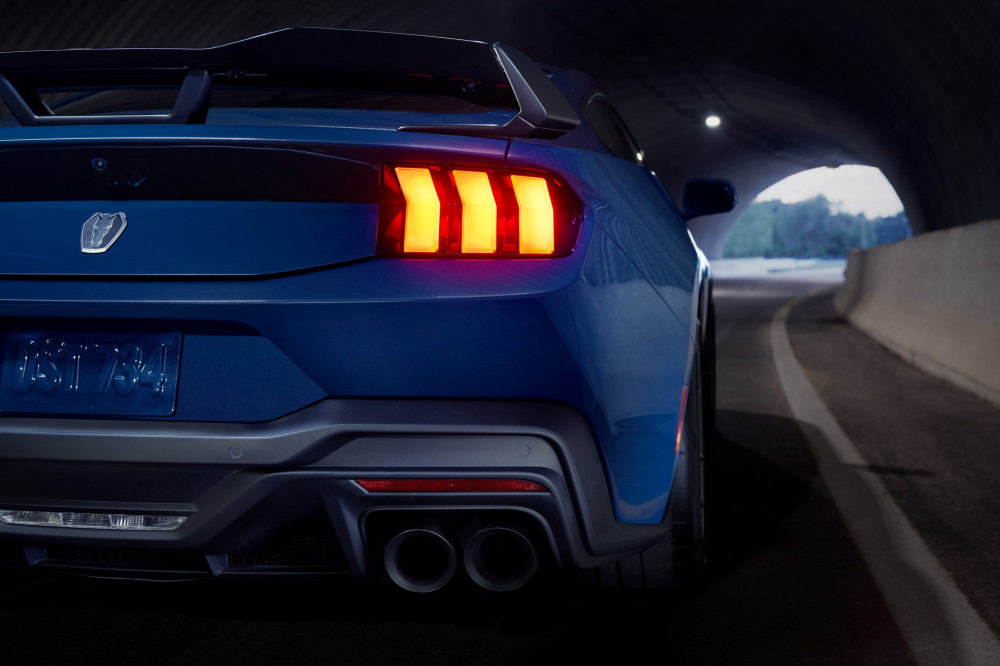 A thousand times per second, these shocks can track wheel and tire motion to fine-tune performance. These shocks are complemented by a wider rear sway bar and Pirelli P Zero tires mounted on 19-inch wheels that are 9.5 inches wide up front and 10 inches wide out back.

The carmaker added a strut tower brace and K-brace to the vehicle to enhance its handling. The Dark Horse comes standard with a pair of Brembo six-piston brakes, measuring in at a massive 13.9 inches up front. 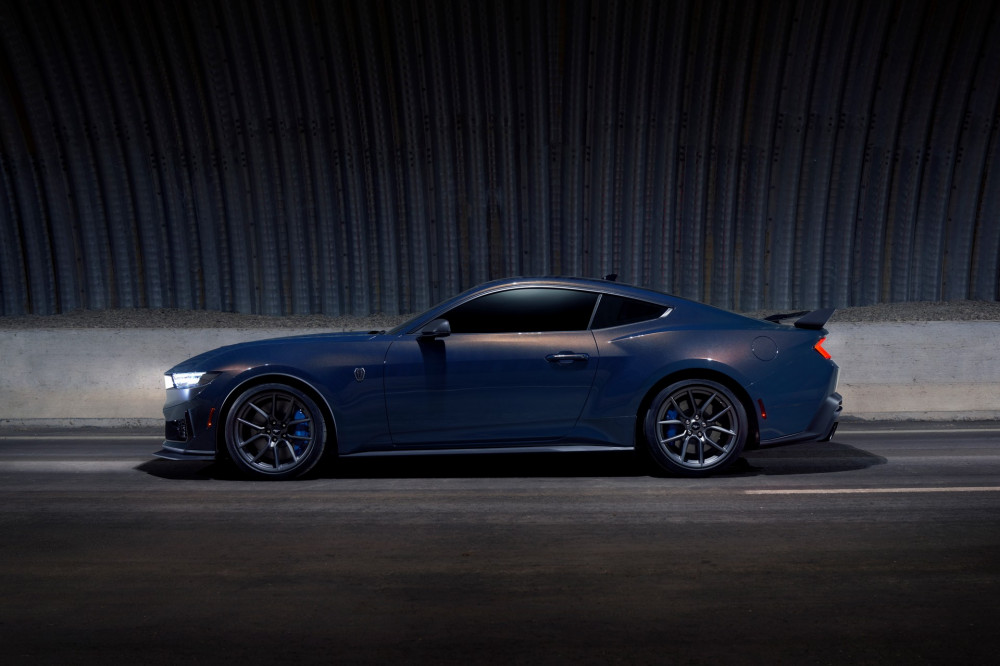 The Handling Package is available for those who want even more power. Upgraded 19-inch wheels with wider Pirelli Trofeo tires, firmer springs, and reworked front and rear sway bars are also included. To further set itself apart from standard Mustangs, the Dark Horse has undergone a variety of cosmetic changes. A new black grille and dimmer headlights have been added to the front of the vehicle.

There is also a new rear wing, diffuser, and quad exhaust tips that are finished in a darker color. Also, there are new emblems and a metallic blue hue called Blue Ember. Ford has not yet released price information on the new Mustang Dark Horse, but we may assume it will start at roughly $60,000.