Mitsubishi has finally shown off the results of its efforts with some accessories for the Pajero Sport and Triton in Thailand, almost six months after announcing the rebirth of its Ralliart brand.

Our expectations were high for a spectacular new performance model when the Ralliart name was brought back to life. Instead, the Pajero Sport and Triton are decked up with bright red accents, but that's about it.

The Triton pickup truck, for example, has gotten a new front bumper with vivid red highlights, red mud flaps, black and red decals across the rear doors and quarter sides, and a Ralliart bedliner. It rides on gloss black wheels as well. 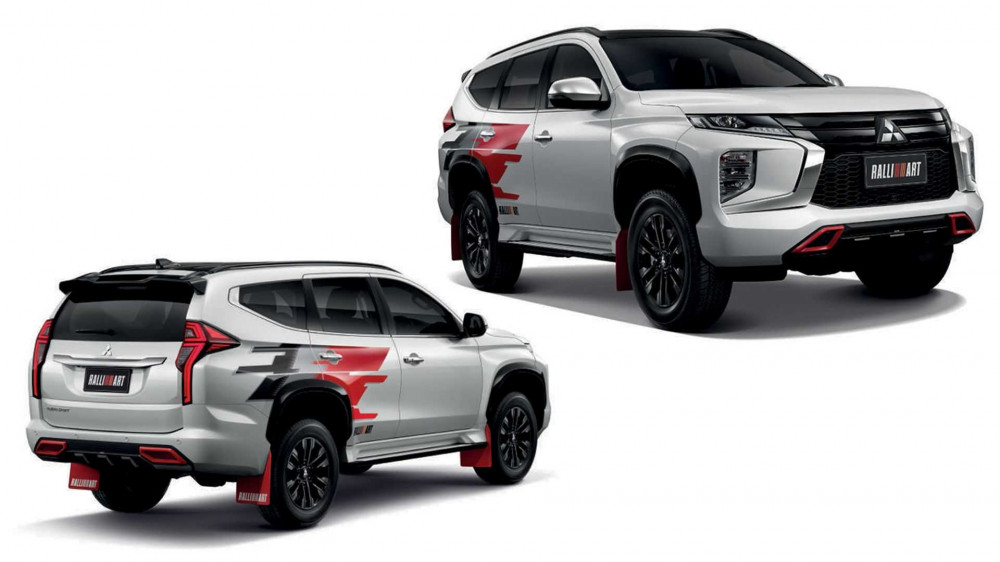 After that, there's the Pajero Sport. It comes with a lot of the same extras, such as red front and rear bumper highlights, multi-colored badges, red mud flaps, and a little black rooftop spoiler. Ralliart-branded floor mats come standard on both it and the Triton.

When Mitsubishi announced the rebirth of the Ralliart brand in May, it promised a slew of Ralliart components and accessories. These appear to be the types of components it was referring to, rather than items that may boost the performance.