Since 2015, the eighth-generation Toyota Hilux has had two facelifts, one in 2017 and the other in 2020. Japanese tuning company GMG Double Eight offers a bespoke body kit for the Hilux that makes it look like a scaled-down version of the larger and more modern Tundra.

The body kit's centerpiece is a new front fascia that's reminiscent of the Tundra's. It features a large honeycomb-patterned grille, a black skid plate, and three yellow marker lights, giving the Hilux an imposing appearance. The stock headlights are wired to the new bumper intakes, and a decorative hood scoop has been installed on the original bonnet.

Except for the broad fender additions, the remaining bodywork stays substantially intact. The car depicted is also equipped with a brand-new set of deadlock alloy wheels equipped with sticky A/T tires and potentially a lift kit, further enhancing its aesthetic impact and off-road prowess. 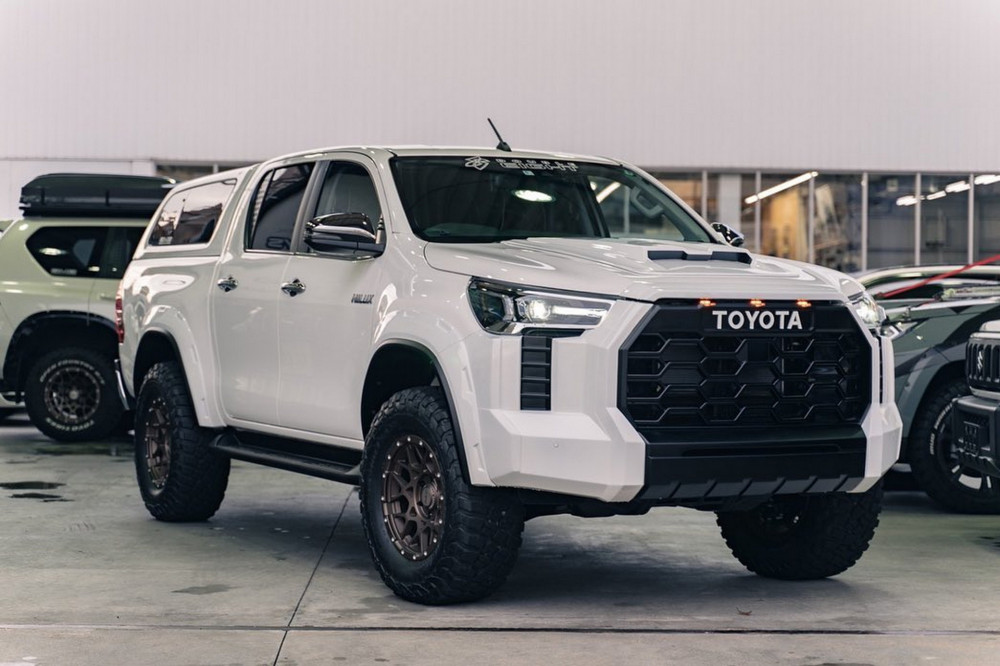 All told, GMG Double Eight's full Toyota Hilux body kit will set you back ¥388,000 ($2,692). The prices above are for items that haven't been painted, and they don't include taxes or shipping costs.