Dodge is making sure the Charger's last curtain call is a spectacular one. The King Daytona special edition number five has arrived. This four-door sedan is based on the Charger Hellcat Redeye Widebody, but it receives more horsepower and a beautiful Color.

As a reminder, Dodge is launching seven "Last Call" special models to mark the end of an era, and the King Daytona is perhaps the craziest of the bunch. 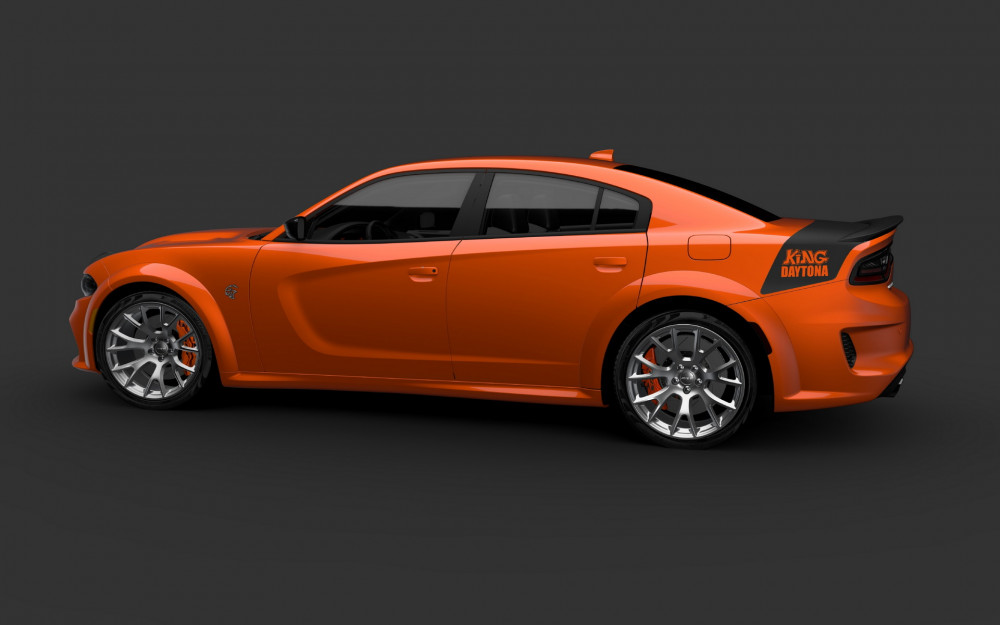 Each of the 300 King Daytonas that are being manufactured will have that moniker displayed proudly on the rear quarter panel. In addition to the Go Mango orange paint and orange stitching in the cockpit and on the instrument panel, the console, the steering wheel, and the door trim are all orange.

Four additional limited-edition "Last Call" vehicles (the Charger Super Bee, the Challenger Shakedown, and the Charger and Challenger Scat Pack Swinger) have already been unveiled, and now the King Daytona has joined them. SEMA will see the arrival of the sixth and seventh model on September 21. All of them will covertly wear a "Last Call" badge.