As the first Aston Martin DBX707 leaves the St. Athan assembly line, Secretary of State for Wales Simon Hart was present to witness history. The DBX707 is presently the most explosive SUV on the planet, powered by a 697 horsepower twin-turbocharged V8.

In the next months, it will be sent to more than 50 countries. Michael Straughan, CEO of Aston Martin Lagonda, stated, “Aston Martin is immensely proud to be manufacturing industry-leading products like DBX707 from a world-class facility in Wales, and we are delighted to see the very first model completed.”

DBX707 manufacturing at the St. Athan factory has been ramped up to 100 additional experienced technicians, according to the carmaker. The DBX is the first production automobile to be manufactured in Wales in over fifty years. The DBX707, meanwhile, is the first model built under the direction of Lawrence Stroll, the company's current Executive Chairman. 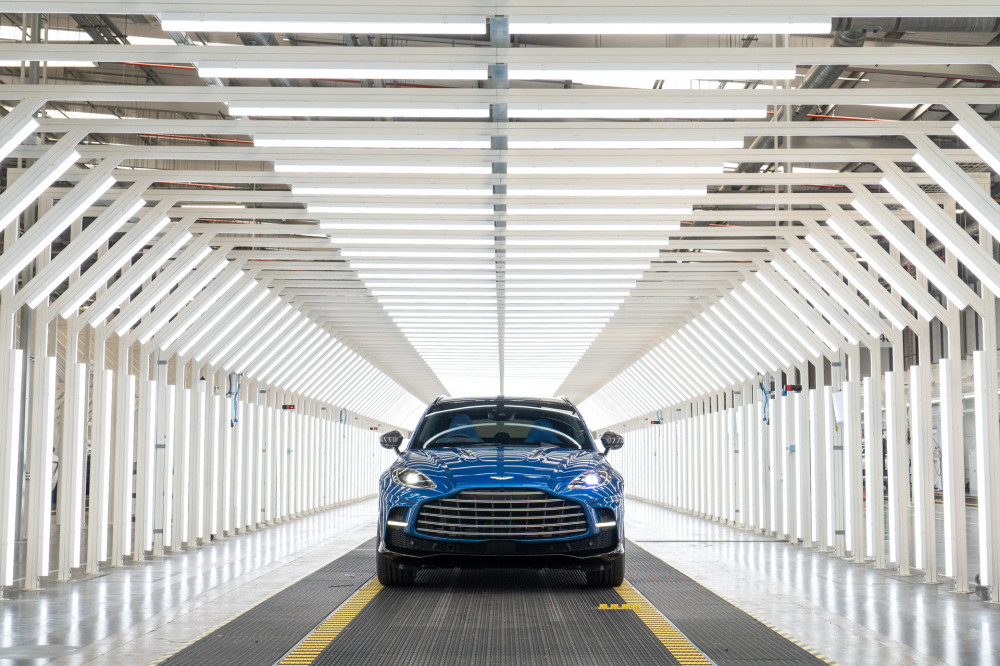 The DBX707 can accelerate from a stop to 60 mph in only 3.1 seconds and achieve a peak speed of 193 mph because of its massive power. A new nine-speed wet-clutch gearbox, an updated limited-slip differential, a tuned all-wheel-drive system, as well as further chassis enhancements distinguish it from the normal DBX. The SUV will be on sale in the United States for $232,000 when it debuts at the end of June.