The idea of taking a long road trip in a Bugatti Chiron is a lot simpler to say than to do. While the hypercar has many positive attributes, cargo room is not one of them. There is a remedy in the form of a huge, bus-like motorhome from Volkner that has enough room among its front and back wheels to fit a Chiron. In traffic, Volkner Performance S looks like any other motorhome.

There are antenna-like mirrors on the front end of the vehicle, and it's as huge and bulky as a bus. Amazing is what's inside that box. Remote-controlled, it's large enough to accommodate a Chiron that is 178.9 inches long and 80.2 inches wide. 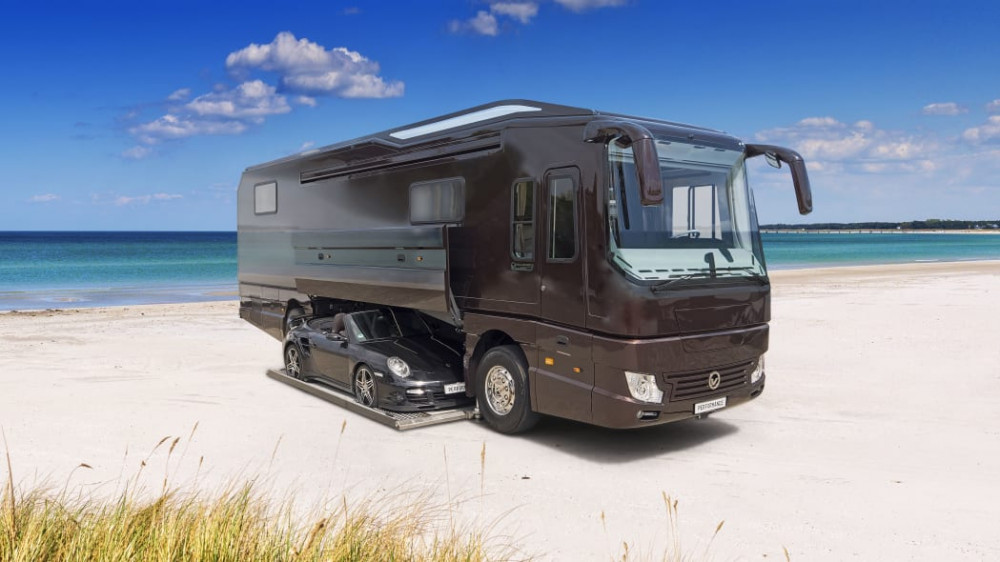 Volkner's Chiron sleeps in a place generally intended for lighter goods such as luggage. Any vehicle smaller than a Bugatti Chiron can be placed there, too, as seen in one of the company's pictures, which shows a Porsche 911 parked in the RV's storage room. Volkner Performance S looks and feels like a five-star hotel on the inside, and it's larger than many student dorm rooms. It has leather-upholstered seats, solid wood cabinetry, and LED lighting, among other things.

Customers can engage directly with the brand to customize an environment to their specifications. If you spend a lot of money on a Chiron, you might as well get a Burmester surround-sound system, which costs roughly €300,000 (approximately $355,000). At the current exchange rate, Volkner charges nearly $2.4 million for the Performance S. The Chiron is valued at roughly $2.9 million, therefore the entire package is worth well over $5 million.